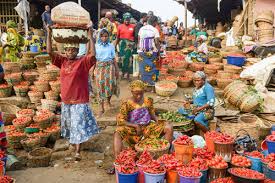 Nigeria’s inflation rate climbed to its highest level in 65 months (over 5 years), and the fifth consecutive monthly rise. The last time the inflation rate in Nigeria touched the 18.6% ceiling was January 2017, when it stood at 18.72%.

Food inflation, which is closely watched index also rose to 20.6% in June 2022 from 19.5% recorded in May 2022. The rise in the food index was caused by increases in prices of Bread and cereals, Food products, Potatoes, yam, and other tubers, Meat, Fish, Oil and fat, and Wine.

According to the NBS, the rate of changes in food prices compared to the same period last year was higher due to higher foods prices volatility caused by COVID 19. On a month-on-month basis, the food sub-index increased to 2.05% in June 2022, up by 0.03% points from 2.01% recorded in May 2022.

Also, the core inflation, which excludes the prices of volatile agricultural produce increased to 15.75% in the review month, rising by 0.85% points compared to 14.9% recorded in the previous month.

The highest increases were recorded in prices of Gas, Liquid fuel, Solid fuel, Garments, Passenger transport by road, Cleaning, Repair and Hire of clothing, and passenger travel by Air. On a month-on-month basis, the core sub-index increased to 1.56% in June 2022. This is down by 0.31% when compared to 1.87% recorded in May 2022.

States with the highest inflation rate

• Nigeria’s inflation rate has surged to its highest level in over 5 years, largely as a result of the hike in energy and food prices. There was scarcity of petrol in most cities in the country in the review month, leading to a significant rise in transportation costs across the country.

• The uptrend in the inflation rate means that the purchasing power of Nigerians has been further eroded, meaning that for example, one’s N5,000 will not buy the same quantity as it did in the previous month.

• This is further exacerbated by the constant depreciating value of the naira, already trading over N620/$1 at the parallel market and N425/$1 at the official window.