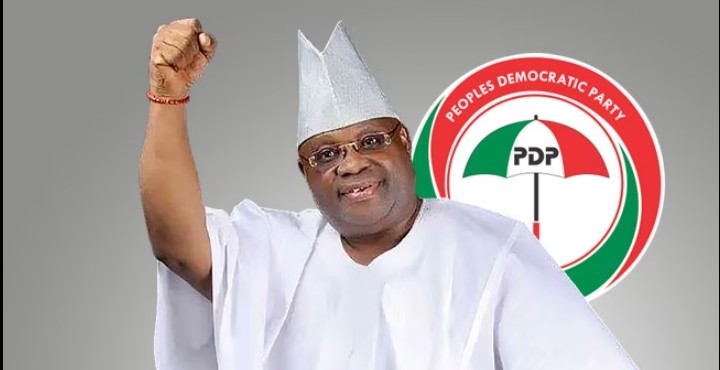 The candidate of the ruling Peoples Democratic Party (PDP), Ademola Adeleke has been officially declared the winner of the Osun State governorship election.

Oluwatoyin Ogundipe, the chief returning officer of the Osun gubernatorial election, this Sunday announced Adeleke the winner in Osogbo, the capital city.

Adeleke won 17 of the 30 Local Government Areas (LGAs) while his opponent and incumbent Governor Adegboyega Oyetola of the All Progressives Congress (APC), h
won in the remaining 13 LGAs.

In the APC, the bad blood between the Interior minister, Ogbeni Rauf Aregbesola, and his successor, Governor Oyetola played out after the results were announced, following a biblical quote on Aregbesola’s verified Twitter handle and Facebook page.

The gloaty tweet which appeared to celebrate Oyetola’s defeat was, however, hurriedly deleted, with the Minister’s office saying it was unauthorised.

The post drawn from Daniel 4:17 read; “Osun Le Tente. This matter is by the decree of the watchers, and the demand by the word of the holy ones: to the intent that the living may know that the most High ruleth in the kingdom of men, and giveth it to whomsoever he will, and setteth up over it the basest of men. – (Daniel 4:17)”.

Hours later, the Media Adviser to the minister, Sola Fasure in a tweet disowned the comments which were subsequently deleted.

He said: “It has come to the attention of the media office of the Minister of Interior, Ogbeni Rauf Aregbesola, that an unauthorized message was posted on his Verified Twitter & Facebook Pages at about 8:00am on Sunday 17th July, 2022.

“The unauthorized messages have now been deleted. Members of the public, especially the media, are advised to ignore!”

Aregbesola and Oyetola have been at daggers for nearly three years, with APC presidential candidate, Bola Tinubu, taking sides with his nephew, Oyetola.

Tinubu has been the butt of jokes on social media over the loss suffered by APC in his original homd, with some suggesting it was a sign of things to come.