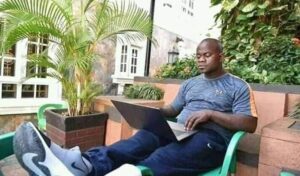 The National Industrial Court in Abuja has admitted a total of 345 exhibits in a suit by 114 members of the Academic Staff Union of Universities (ASUU) challenging their alleged unlawful sack by Kogi State University (KSU).

The huge exhibits were tendered by human rights activist and constitutional lawyer, Femi Falana and admitted by Justice Rakiya Haastrup, to determine the legality or otherwise of the alleged unjust layoff of the lecturers.

Falana, a Senior Advocate of Nigeria (SAN) had instituted the suit at the Industrial Court in Abuja on behalf of the lecturers comprising about six Professors against Kogi State University and the Attorney General of Kogi State as 1st and 2nd defendants respectfully, praying for the reversal of the purported sack of his clients.

Kogi State University (KSU) had by a letter of August 14, 2017, with reference No. KSU/R/EST/EMP/SS/Vol 1, terminated the appointment of the 114 lecturers on grounds of reorganization of the institution.

However, in the suit, Falana amongst others asked the Industrial Court to declare the termination of his clients’ appointments as illegal, null and void on the ground that it violated the extant provisions of Chapter 6 paragraph 6.4.6 of the Kogi State University conditions and schemes of service for senior staff dated November 2008.

He prayed for an order of the court to set aside the purported appointment termination and for payment of all salary arrears and allowances of the lecturers.

The senior lawyer also sought an order of perpetual injunction restraining the University and its agents from ejecting the lecturers from their respective offices and residents.

Falana further sought a perpetual injunction order restraining the defendants from further terminating the employment or refusing the lecturers the right to enjoy any privilege or refusing to pay their salaries and allowances, promoting or harassing, intimidating, threatening or suspending the employment of his clients without due compliance with extant provisions of the laws regulating their employment.

At the proceedings, the senior lawyer tendered the 345 exhibits through the Kogi State University ASUU’S branch Chairman, Dr Daniel Oluwagbemiga Aina during his evidence-in-chief.

Falana whose brief was held by Femi Adedeji informed the court that the 345 exhibits formed the fulcrum of the case of the 114 lecturers against their unlawful sack by the Kogi State University.

He told Justice Haastrup to take a critical judicial look into all the exhibits and order the restoration of the lecturers to work in the interest of justice and fair play.

Counsel to the University, Mr Wisdom Caleb and that of the Kogi State Attorney General, Abbas Kamarudeen agreed to object to the exhibits, if any, at the final address stage.

Justice Haastrup while admitting the exhibits fixed October 24, 25 and 26 for cross-examination of the witness on his evidence in chief.

The proceeding was witnessed by the North Central Zonal leaders of ASUU, led by the Chairman, Dr. Chris Piwuna.