By Reverend Gideon Para-Mallam.
As someone who has been praying almost on a daily basis now – from March 2018 till date, Leah Sharibu’s release is a day I have been waiting for. I am also involved with several others in advocating for the release of Leah.
The Nigerian Press reported on October 3rd 2018, President Buhari’s phone call to Leah’s mother, Rebecca Sharibu and the assurances he gave that he will do everything possible to secure Leah’s release from Boko Haram’s captivity. This is heartwarming. The call came as an encouragement to the parents in view of the September ultimatum Boko Haram gave and the threat to Leah’s life.
Some felt the President should have called earlier. I agree. Others felt it’s all about 2019 and so forth. For me, it’s all about Leah’s release and others in captivity and that should be our focus and I believe we should all support the President to bring Leah out. Leah needs it, so also her parents, the Church and the Nation. The international community is not only watching but they will rejoice at Leah’s release. Let’s move beyond the politics of the moment and collectively work together for the release of Leah Sharibu, the remaining Chibok girls and others in captivity.
While on this, barely 24 hours,
a surprising rumour showed up yesterday October 4th claiming that Leah had been released. Whoever cooked this up claimed that Leah was at ECWA Headquartes, Jos. No iota of truth in that false claim as ECWA later issued a statement denying it.
Another person added or the same person – said the false story is true because I made the post so it’s authentic. It was never true, has never been and will never be true. I have never written any post to suggest that Leah has been released. I am in regular touch with her parents and should know better. This led me to issue a statement yesterday evening as follows:
‘A Statement on Leah Sharibu Release:
It has come to our notice that some groups and individuals have been spreading the FALSE NEWS that Leah Sharibu has been released and currently in Jos.
For the avoidance of doubt, I hereby wish to categorically state that LEAH SHARIBU HAS NOT YET BEEN RELEASED. Our consistent hope and prayer is that she should be released as soon as possible.
I’m issuing this statement as a very close friend of the Sharibu family who has been and is still in very close contact with them; that as at this evening 6:50pm (18:50pm) October 4th, 2018, these wild and misleading reports about her release are FALSE and SHOULD BE DISREGARDED.
Please let us continue to pray for Leah and her release, her family and Nigeria as a whole. Thank you and God bless. 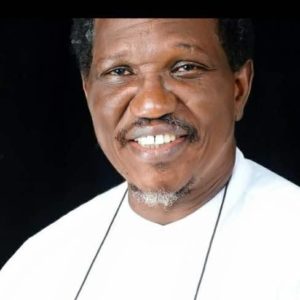