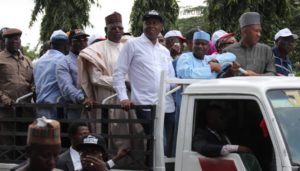 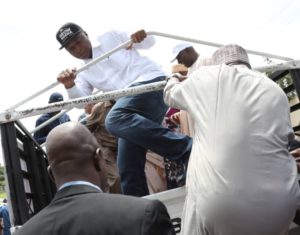 INEC had declared All Progressives Congress (APC) candidate, Alhaji Gboyega Isiaka Oyetola, as winner of the election after a controversial rerun, which integrity was questioned by election observers, gave him victory with over 450 votes. Adeleke was leading with 353 votes before the rerun in seven polling units five days later put him behind.
Adeleke is already at Osun State Election Tribunal contesting Oyetola victory.
The video of the protest is trending on Chief Uche Secondus Facebook page.