Copyright 2021 - All Right Reserved
Home News Trouble in Ekiti as Governor is tear-gassed in his office, slumps (Photos attached))
NewsPolitics

A victory rally called by the Ekiti State government turned sour this Wednesday as the State’s chief executive officer, Mr. Ayo Fayose, slumped and had to be revived, after allegedly being tear-gassed.
The rally which was to hold in the pavilion around the Governor’s Office turned riotous as policemen and other security agents deployed to the State for Saturday’s election sought to disperse the crowd.
They allegedly fired into the air before shooting tear-gas canisters into the crowd. The crowd dispersed in different directions, including the Governor’s Office.
A motley of security agents pursued some of the persons into the Government House as Fayose allegedly emerged to question the rationale behind the Police action. He was said to have inhaled the gas and slumped.
Residents of the State, according to reports are said to be on edge, even as others have shut businesses and shut themselves in at home.
Many however defied the confusion and proceeded to the rally venue where they were addressed by the Governor whose neck was in a brace, following what he told journalists was an assault on him.


One source said the action of the federally-deployed security forces may not be unconnected with the embarrassment suffered as a result of a counter rally held by Fayose while President Muhammadu Buhari was in town holding one for the All Progressives Congress (APC) candidate, Dr. Kayode Fayemi. 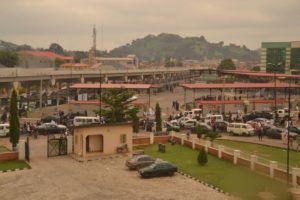 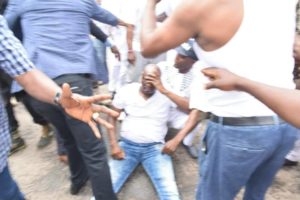 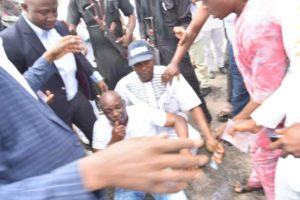 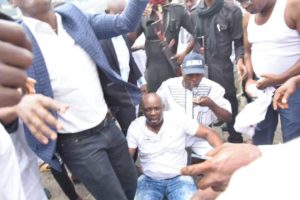 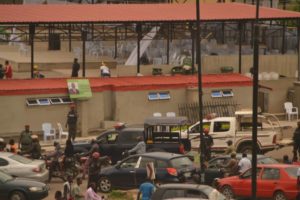