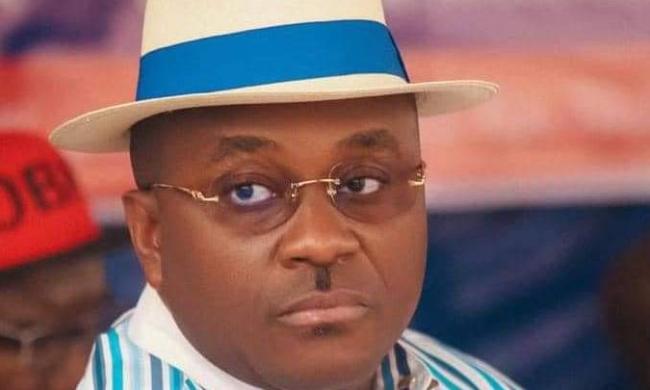 Albert Bassey, senator representing Akwa Ibom North East at the National Assembly was today, December 1, 2022 convicted and sentenced to 42 years imprisonment by Justice Agatha Okeke of the Federal High, Uyo, Akwa Ibom state. The court found him guilty of six-count of money laundering preferred against him by the Economic and Financial Crimes Commission, EFCC. 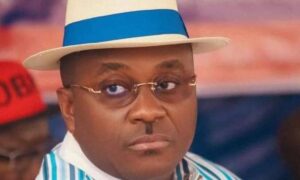 Senator Bassey was prosecuted by the anti-graft agency on allegation of receiving vehicle valued at N204 million as bribe from companies linked to one Olajide Omokore, a contractor who executed a N3billion contract for the Government of Akwa Ibom State whilst Senator Bassey was Commissioner for finance and Chairman of the Inter-Ministerial Direct Labour Coordinating Committee

One of the charges against the senator reads, “That you, Albert Bassey, whilst being the Commissioner for Finance, Akwa Ibom State and Chairman of Akwa Ibom State Inter-Ministerial Direct Labour Coordinating Committee, IMDLCC sometime in December 2012, within the jurisdiction of this Honourable Court, indirectly took possession of a vehicle (Infinity QX 56 BP) valued at N45,000,000.00 at the instance of one Olajide Jones Omokore (whose companies had contracts with Akwa Ibom State Government at that material time), when you reasonably ought to have known that the said vehicle formed part of proceed of unlawful activity (to wit: corruption) and you thereby committed an offence contrary to Section 15 (2) (d) of the Money Laundering (Prohibition) Act, 2011 (as amended) and punishable under Section 15 (3) of the same Act”.

Upon arraignment, the senator pleaded not guilty to the charges setting the stage for his full trial. In the course of trial EFCC called several witnesses and tendered documents that were admitted in evidence as exhibits.

One of the witnesses, Ngunan Kakwagh, an investigator with the EFCC revealed how Olajide Omokore, a contractor, bought vehicles for Senator Albert after receiving N3bn contracts when he was Commissioner for Finance in Akwa Ibom State.

“My team further traced money from Omokore’s company account to the account of Skymit Limited, and when we invited Skymit to tell us the reasons for the money, we were told that it was for the purchase of vehicles.

“So, my investigation revealed that the accused, while he was the Commissioner for Finance and Chairman of the Inter-Ministerial Direct Labour Coordinating Committee, Omokore and his companies received monies from the Akwa Ibom State Government and the IMDLCC.

“Also, Omokore bought cars from Skymit Limited for the accused”, the witness added.

The court on May 5, 2022 closed the case of the defence following the failure of the lead defence counsel, Kanu Agabi to continue the trial of the serving senator.

Delivering judgment today, Justice Okeke held that the court was satisfied that the prosecution had proved the case against the defendant beyond reasonable doubt and convicted him as charged.

Atiku, Adamawa and one tree forest