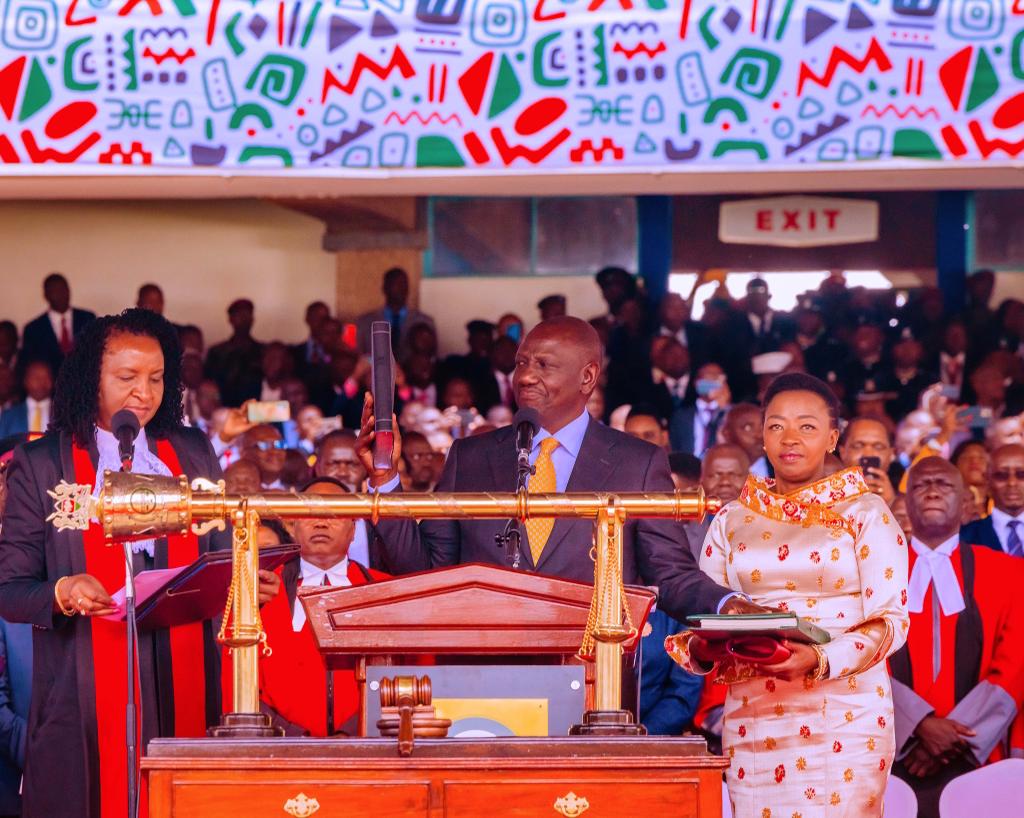 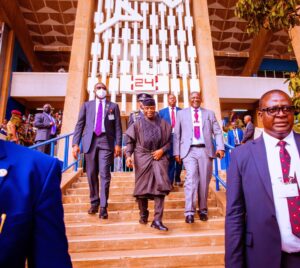 Above: Dr. William Ruto being sworn in; Below: Osinbajo at event. Photos by Tolani Alli.

The inauguration of Dr. William Ruto as Kenya’s 5th President is a celebration of democracy and democratic institutions in Africa, according to Vice President Yemi Osinbajo, SAN.

Prof. Osinbajo stated this on Tuesday while speaking to journalists shortly after the swearing-in ceremony held at the Moi International Sports Stadium in Nairobi.

Earlier on arrival at the Jomo Kenyatta International Airport, Nairobi, Prof. Osinbajo was received by the former Governor of Kwale County, Hon. Salim Mvurya, and Nigeria’s High Commissioner to Kenya, Amb. Yusuf Yunusa, among other officials of the High Commission.

Speaking about the significance of President Ruto’s inauguration, the Vice President said “it is a celebration of democracy and the reasons are obvious, the institutions held up – the IEBC (Independent Electoral and Boundaries Commission), the equivalent of our own INEC, and the Judiciary; they held up and ensured that not only were processes properly followed but also that justice was done.”

“I think that what we have seen here in Kenya and the swearing-in of Dr. William Ruto is really evidence of robust institutions doing what they ought to do.

“It is a great example and we are all extremely pleased. And I’m sure you have seen, from all of the African Heads of State and Governments and their representatives who are present here today, that there is an atmosphere of elation and joy because this worked,” Prof. Osinbajo added.

The high point of the occasion was the oath-taking ceremonies by the newly elected President and his deputy – Rigathi Gachagua, as well as the handover of instruments of power and a copy of Kenya’s Constitution from former President Uhuru Kenyatta to Dr Ruto.

▪︎ By Laolu Akande, Senior Special Assistant to the President on Media and Publicity, Office of the Vice President