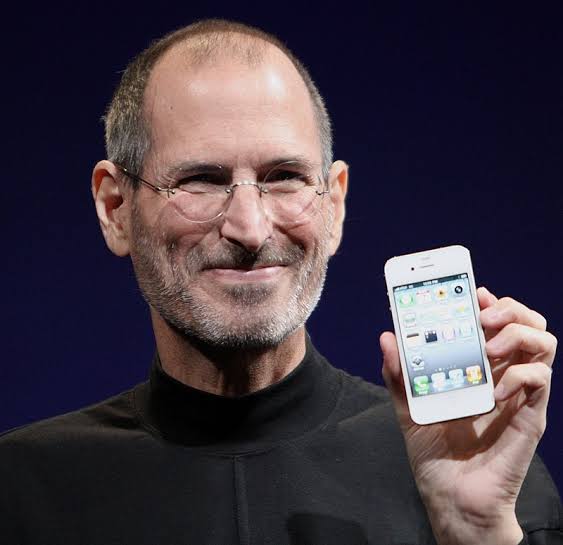 On February 25, 1955, a young mother in San Francisco made her doctor swear he would keep her secret. He would never reveal her name to anyone who came asking about the child he’d just delivered. But about thirty years later he was dying and the secret burned in him. He sat down to write a letter. The doctor finished his letter and then died with it still on his desk.

Steve Jobs, billionaire founder of Apple and mastermind behind the iMac, iPod, iPhone, iPad and so much more, was put up for adoption at birth. His adoptive parents, Paul and Clara Jobs, loved and understood him. Steve later said, when referring to their understanding of his gifts and needs, “Both my parents got me.”

But when Steve reached his thirties, he had a hunger to know more. Where did he come from? He spent years hunting for answers, but each clue ended in a dead end. Finally he was given the name of a doctor. But the doctor told him that he knew nothing about Steve’s birth or adoption.

Do you know where you came from and where you are headed? Dig deeper than mere genetics. “God created man in His own image, in the image of God created He him; male and female created He them” (Genesis 1:27). God not only has created us, but He wants to enjoy a loving relationship with us. However, our rebellion against Him has ruptured that relationship. Like one of the first people to ever live, Cain, we’ve decided we don’t want to be around God and His authority. “Cain went out from the presence of the Lord” (Genesis 4:16).

Steve Jobs went home without hope. Weeks later a letter arrived from the executors of the mysterious doctor’s estate. The letter, left on the doctor’s desk, contained the clues Steve had been searching for. Before long he had discreetly contacted his birth mother and found out about a sister, Mona Simpson, who’d become a successful novelist. But Steve didn’t like what he heard about his father “John” Jandali. Steve had no desire to meet his birth father.

Mona went to see John Jandali with the express instruction from Steve that she not tell John anything about him. Mona and John sat down for a few hours’ chat at the small restaurant he managed. John’s a good storyteller and the conversation flowed. He casually mentioned he’d had a baby boy that was put up for adoption before Mona’s birth. Mona asked, “What happened to him?” John replied, “We’ll never see that baby again. That baby’s gone.”

But many years later Jandali discovered his link to Steve. In 2006 Mona confirmed the truth to him but told him Steve Jobs had no interest in meeting him. The years slipped quickly away and Steve refused to connect. John Jandali sent a few unanswered birthday emails but never tried to call his son. As Steve’s pancreatic cancer dragged him into the shadow of death, John told reporters, “Now I just live in hope that, before it is too late, he will reach out to me, because even to have just one coffee with him just once would make me a very happy man.”

Waiting for the Phone to Ring

John Jandali did very little to restore his relationship with Steve Jobs. But God, who isn’t at fault in our ruptured relationship with Him, has done everything He possibly could to reestablish contact with us. “The Father sent the Son to be the Savior of the world” (1 John 4:14). The Lord Jesus Christ as a baby entered into the world He had created. He grew up. He was hated for His purity and crucified. But when He died, He died to pay the price to remove the sin barrier that blocked our relationship with Him. He says, “The blood of Jesus Christ His Son cleanseth us from all sin” (1 John 1:7). If we receive His love and forgiveness, then our relationship to God can be restored. But some people are too proud to admit they need to be forgiven.

John Jandali said, “This might sound strange, though, but I am not prepared, even if either of us was on our deathbed, to pick up the phone to call him. … Pride in me does not want him ever to think I am after his fortune.” On October 5, 2011, Steve Jobs entered eternity. John Jandali’s iPhone — yes, he carried an iPhone — never rang.

Will you call on God? It’s essential for you to say something like this: “As for me, I will call upon God; and the Lord shall save me” (Psalm 55:16).