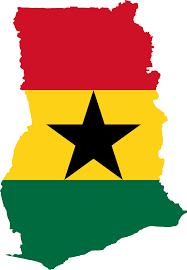 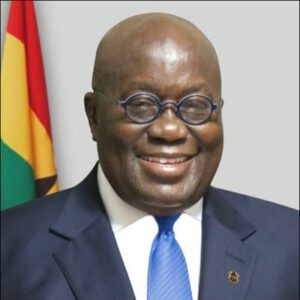 How Ghana surrendered its independence to the US

GHANA, the shining Black Star which in 1957 lit the way to independence for all of Africa, is today, a slave colony of the United States, US. The declaration 65 years ago by its leader, Kwame Nkrumah that: “The independence of Ghana is meaningless unless it is linked up with the total liberation of Africa”, gave momentum to the independence movements across the continent.

Ghana followed up its declaration by providing offices and bases for liberation movements in the continent.

For this reason and the moves by Nkrumah to unite the continent into a single United States of Africa, his stiff opposition to Apartheid, transforming Ghana into the universal headquarters of the Pan Africanist movement and seeking to make Africa independent of external powers, his administration was overthrown.

The coup that toppled the Nkrumah administration was planned by the American Central Intelligence Agency, CIA, whose Deputy Director, Ray Cline, co-ordinated it from Washington, while its station chief in Ghana, Howard Bane, saw to its execution. Over 1,600 Ghanaians were killed in the coup with many injured.

The primary tasks of the coup plotters were to reverse all the gains made by the Nkrumah leadership, expel all liberation fighters given refuge and hand over the country to external forces.

One of the major beneficiaries of the 1966 coup was Edward Akufo-Addo who was named the Chief Justice. Four years into the coup, he was named the President of Ghana.

Today, 50 years after he left office, his son, Nana Addo Dankwa Akufo-Addo as President of Ghana, is continuing the demolition work by surrendering the independence of Ghana to the same American establishment that executed the criminal February 24, 1966 coup.

The current President Akufo-Addo had in April 2018 sworn that Ghana has “not offered a military base, and will not offer a military base to the United States of America”. But it is a matter of nomenclature as the military base was baptised as West Africa Logistics Network,WALN. Under it, America is given the right to run Ghana as a colony although the latter still maintains the privilege of marking March 6 as ‘Independence Day’.

As part of the Agreement, Ghana, through an American contractor, McDan, has handed over Terminal 1 of the Kotoka International Airport in Accra to the Americans free of charge!

The ‘Agreement’ itself is worse than the humiliating Japanese piece of surrender to the US after defeat in the Second World War. It grants American soldiers and civilian contractors the privileges, exemptions and immunity equivalent to diplomatic missions under the Vienna Convention. American soldiers can wear their uniforms and carry arms in Ghana as if they are in the US and can enter and exit Ghana without passports just with their identity cards! That is a right even Ghanaians don’t have!

Agreed facilities and areas provided by Ghana, like the runway, can be of exclusive use by American forces who are also authorised to exercise all rights and authorities for the use, operation, defence, or control of such places, including using force.

Also, the Americans can undertake construction activities on, and make alterations and improvements to agreed facilities and areas like the airport and seaport and are authorised to control entry to such places.

The agreement also provides that Ghana furnishes, without rental, all agreed facilities and areas while the Americans are afforded priority in access to and use of facilities that have been provided for joint use. Buildings constructed by US forces shall become the property of Ghana, provided that it “shall be used by United States forces until no longer needed by United States forces”.

The Americans are also empowered to retain title to all equipment, material, supplies, relocatable structures and other moveable property.

Under the Agreement, US forces are authorised to preposition and store defence equipment, supplies and materials – which does not exclude chemical and biological weapons and laboratories. They also have the right to remove such items from the territory of Ghana.

Ghana is obliged to ensure the protection, safety and security of American forces, contractors, property and official information. In other words, Ghanaian officials and citizens can be hunted like Julian Assange for alleged leakage of US information.

The Americans have the powers to conclude contracts for the acquisition of goods and services, including construction, in Ghana in accordance with United States laws and regulations.

Ghana agreed that the acquisition of goods and services in the country by or on behalf of American forces shall not be subject to any taxes, customs duties or similar charges.

Also, the Americans are not liable to pay any tax(including VAT) and are empowered to “import into, and export out of, and use in Ghana any personal property, equipment, supplies, material, technology, training or services in connection with this Agreement”.

Such importation or exportation are exempted from any inspection, licence, other restrictions, customs duties, taxes or any other charges assessed within Ghana. In other words, any American soldier can smuggle anything in and out of Ghana.

The agreement also provides that aircraft, vehicles and vessels operated by US forces may enter, exit and move freely within the territory and territorial waters of Ghana. So, America can wage war on Ghanaian territory. Also, such aircraft, vehicles and vessels are not subject to the payment of landing, parking or port fees, compulsory pilotage, navigation or over flight charges; or tolls or other use charges, including lighter age and harbour dues levied by Ghana.

Ghana also agreed to accept American driving licences and the Americans are empowered to operate telecommunication systems, and the right to use all necessary radio spectrum free of cost.

Other than contractual claims, no claims for damage, loss or destruction of property, or death or injury to any military personnel and civilian employees shall be entertained. So, American forces can damage property or kill Ghanaians without being charged. Any third party claims, say by a Ghanaian citizen, will be handled by the American Government in accordance with US laws and regulations.

The agreement can only be terminated by one year’s written notice to the other party through diplomatic channels. There is of course no reciprocal agreement giving Ghana any right or privilege in the US; it is purely an ‘Agreement’ between a slave and slave master.

The Supreme Court of Ghana had on Tuesday, May 5, 2020 ruled as unmeritorious, a suit against this slavish agreement brought by the Ashanti Regional Youth Organiser of the opposition NDC, Brogya Genfi. This was how Ghana surrendered its independence to the US.

What I think about Peter Obi’s ambition, by Soludo

2023/2024 and the continuing Okun quest for Kogi governorship