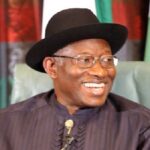 Documents of the Heritage Bank appear to show former President Goodluck Jonathan has said goodbye to the Peoples Democratic Party (PDP) under which he ruled Nigeria for over five years and pitched his tent with the ruling All Progressives Congress (APC).

The documents making the rounds on social media are two letters from Heritage Bank confirming to the National Organising Secretary of the APC the purchase of Expression of Interest and Presidential Nomination forms by Dr. Goodluck Jonathan. 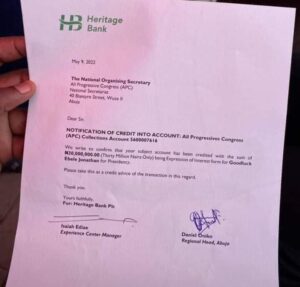 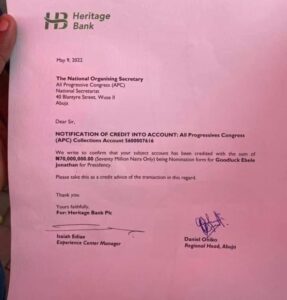 What was not clear was whether it was Jonathan who purchased the forms or it was done for him.