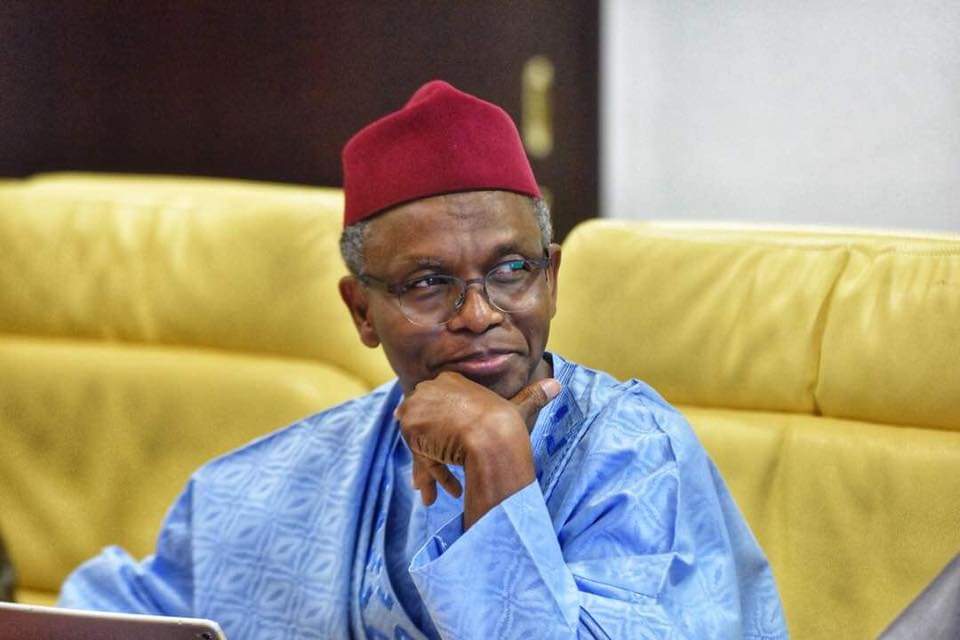 He said they harbour criminals and informants.

The governor received the first quarter 2022 security report, which says 360 persons were killed and 1,389 others kidnapped in the state between January and March.

He said there was intelligence that Boko Haram, ISWAP and Ansaru terrorists were recruiting Kaduna youths.

He said terrorists, who relocated to Kaduna from the Northeast, reportedly said that ‘Kaduna forests are better than Sambisa’.

El-Rufai expressed worry about the influx of terrorists into the state, saying insurgency had shifted from the Northeast to the Northwest.

He believes the situation in the Northwest is far more serious and potentially more dangerous than that of the Northeast.

The governor: “This presentation has brought out new emerging concerns. The first great concern is the emergence of the Boko Haram terrorist enclave as well as the activities of Ansaru, particularly in Birnin-Gwari and Chikun Local Government.

“Among those kidnapped from the train was a former roommate and classmate of mine who was released upon payment of a ransom.

“Throughout the period that he was in captivity, it was very clear that the terrorists were making comments like the forests in Kaduna are even better than Sambisa, so, they should all relocate here. I think this is an area we should all be concerned about.

“That is why we have been making the point that the problem of insecurity now has moved from the Northeast to the Northwest.

“What is happening in Northwest is far more serious and potentially more dangerous than we have ever had in the Northeast and we will like the military and other security agencies to take notice of this before it gets out of control.”

El-Rufai decried the high rate of drug abuse in the state, saying it was linked to banditry and must be tackled.

“The fourth concern I noticed in the report is continuous mention of Rijana, Kathari and Akilibu axis in all these crimes, particularly as regards the safety or lack of it of Kaduna-Abuja road.

“I will like the security council to deliberate on it and look at the options because it is very clear that there are higher levels of informants and criminals in these locations.

“Why is it that any time there is an attack or any form of kidnapping on the road, it happens around these three axes and nothing ever happens on the Kagarko axis.

“There is something wrong with the Rijana, Katari axis and the government should not refuse to do anything.

“We have to look at the options, including the clearance of the settlements completely and relocation of the people to where other more honest people can watch them.

“From what we have seen, the security agencies are overstretched. We need to ramp up the recruitment of our vigilance service volunteers.”

The governor called for the resumption of operations at the Kaduna airport.

Commissioner for Internal Security and Home Affairs, Samuel Aruwan, said 360 persons were killed by terrorists in the first quarter of 2022 in the state.

According to him, 1,389 persons were kidnapped while 3,251 cattle were rustled during the period.

He said 258 persons were injured, adding that 10 rape cases were recorded during the period under review.

Aruwan said: “The interaction between bandits and terrorist groups such as Boko Haram, ISWAP and Ansaru has been established, as evidenced by the deadly attack on the Abuja-Kaduna AK9 train on 28th March 2022.

“Bandits and terrorists operate based on tip-offs from informants on potential targets and movement of security agencies, with collaborators serving as logistic suppliers, couriers of arms and ammunition, and transporters of rustled animals.

“Aggrieved groups recruit criminal mercenaries to carry out revenge attacks against those they believe have attacked them. There are also alliances between some communities to execute attacks on others.

“Despite the evolving nature of threats, the politicisation of security challenges remains common, with ethnic and religious narratives often used to support mischievous agendas.

“The selective condemnation of attacks by certain individuals and political actors appears to be deliberate attempts to ignore the suffering of some groups while highlighting that of others.

“This has proven to be a serious drawback to effective conflict resolution.

“Criminals still enjoy protection from communities based on ethnic or religious considerations.

“Also, during the recent Eid-El-Fitr celebration, the terrorists gave gifts to community members.

“So, they enjoy goodwill from the communities and use that to recruit young men into terrorism.”

▪︎ By The Nation