Hopes of the All Progressives Congress (APC) in Rivers State presenting candidates for the 2019 elections appear completely dashed after the Supreme Court upheld the decision of the Rivers High Court to stop all its candidates in the elections.
In-fighting between two factions of the APC headed by former Rivers Governor and Minister of Transport, Mr. Rotimi Amaechi; and Senator Magnus Abe led to parallel gubernatorial primaries, which produced Abe and Tonye Cole.

The APC recognised Cole, forcing the Abe faction to go to court. The court ruled stopping the APC-recognised candidates. 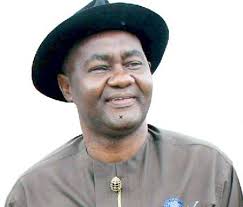 The latest apex court ruling overturns an earlier one last week by a Court of Appeal staying the execution of the Rivers State High Court ruling, which discountenanced the candidature of all the candidates of the Rivers APC in a ruling.
In effect, the Rivers State APC will not be fielding candidates for the February 16th National Assembly elections, as well as the gubernatorial and State Houses of Assembly elections on the 2nd of March.