Chief James Onanefe Ibori has described the death of Chief Sonny Okogwu as a terrible blow to him personally, Delta State and Nigeria is a whole.
He described the death of Senator David Dafinone as an irremediable loss to the Nigerian business firmament, the Urhobo nation, Delta state and Nigeria as a whole.
He said: “Dafinone was a Jack of many trades who became master of all. Dafinone achieved this because he lived life to the fullest, embraced challenges and also excelled in everything he did”.
Ibori said in one of two separate statements signed by his Media Assistant, Tony Eluemunor, that Chief Okogwu who died in an Abuja hospital on Saturday was a totally detribalised Nigerian. He said: “Though Okogwu was every inch a Delta state indigene and was particularly proud of his Asaba root and the town’s title of Ojisi, which he held, he at the same time felt very much at home in the preeminent Northern city of Kaduna. His remarkably picturesque house, the “Ship House” is a tourist masterpiece. 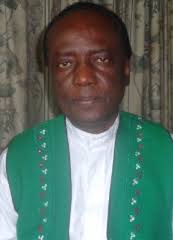 “Indeed, Chief Okogwu was a political reference point in Kaduna for decades. He achieved this status well-before his brother-in-law, General Ibrahim Badamosi Babamgida (rtd) became the President of Nigeria and remained so for the decades after IBB had left office.”
Ibori said that he was privileged to have known Dafinone on a personal level as “he rendered remarkable service to Delta state as a member of the Special Advisory Council and one of the founding fathers of the Peoples Democratic Party”.
Ibori said: “Though David Dafinone was globally known as a Chartered Accountant, one of the few ones who made it into the Guinness Book of Records – his family has the largest number of accountants in the world, he actually studied Economics. He combined this with part-time professional accountancy examinations as he progressed through the university. As he graduated with a degree in Economics he was also acquiring his professional certificate in Accountancy at the same time.
According to Ibori, the late “Okogwu remained very colourful until his death. His press interviews and political statements were always as fiery as they were difficult to decipher. He once said he needed to be first decoded in order to be understood. What was not in doubt was his business acumen; he built his business empire in an area that many Nigerian businessmen and women would rather leave well alone; aviation. He had the dream of training pilots locally and manufacturing aircraft parts.
“Chief Okogwu, all through his life, always threw his doors open to people from the Mid-West region, Bendel and later Delta states. I experienced his remarkable generosity during my brief stay in Kaduna prison. Chief Okogwu was indeed one of my sureties and he offered his Ship House as a bond to meet my bail conditions.”
On Dafinone, the former Delta Governor said he worked with topflight organisations both as an Economist and Accountant, adding that he and Chief Akintola Willliams became the doyens of Accountancy in Nigeria. “Dafinone’s illustrious spirit had to embrace other challenges – politics, publishing, business, real estate development, etc, and he excelled in all.
“Dafinone joined the late Chief Jonathan Odebiyi and the late Dr. Olusola Saraki, to form the three most influential Senators of the Second Repblic – authoritative, in debate, carriage and highly respected across all the political parties of that from 1979 to 1983.
“His Ceddi Plaza, Apapa, is a very visible and highly known Lagos landmark just as the Ceddi Plaza Abuja helps to define the federal capital city’s Central Business District. Not many people may remember that Dafinone owned the encyclopaedic “Who is Who in Nigeria” publication and also published the “Abuja Handbook” for several years.”
Ibori prayed for the repose of the souls of both men.

Nigeria @ 58: Our survival is tied to justice, fairplay and righteousness