With 10,000 staff, waivers of N1.3 trillion, insecurity, others, FIRS explains why it failed to meet targets

by Admin
in Business, Jobs, News
0

With high overhead costs from a staff strength of about10,000, non-discretionary tax waiver grants that run into N1.3 trillion in three sectors alone, illicit financial flows abroad, it is no surprise that the Federal Inland Revenue Service (FIRS) failed in the past to meet its tax revenue targets, its Executive Chairman FIRS, Mr. Muhammad Nami, has suggested to the Senate.

On Thursday in Abuja at a Senate interactive session with revenue generating agencies, Nami said: ”When I resumed office, I realised that from this waivers alone, we reviewed just three sectors, a total sum of N1.3 trillion was lost as tax revenue in five years.

“This is just three sectors out of myriads of waivers that have been granted to these people.

“These people mostly are doing well and have much money from Nigeria, they exploited the lacuna in our laws, obtain waivers and walked away with over N1.3 trillion in the last five years…

”So, we have issues that has to do with inadequate funding of our operations too. This is actually the issues we want the Senate to look at when we come up in our quarterly meeting. We have huge overhead cost, our overhead should be the largest in the country now.

”We have about 10,000 employees and the little we generate, given the huge personal cost, we are left with little to fund our operation. On this note, we want to appeal that you carry out an upward reform in the cost our collection.” 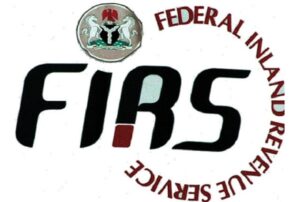 He also fingered the issues of insecurity, slow growth and ease of doing business in the country as contributing to the agency not meeting targets.

Also, according to a statement from the Director of Communications and Liaison of the FIRS, Abdullahi Ismaila Ahmad, Nami told the lawmakers, “Nigeria loses a lot of revenue through tax waivers granted to big companies which otherwise would have been taxed to buoy up government revenue. Also, illicit financial flow is a major cause of revenue loss to Nigeria. Coupled with this is the operational cost of the FIRS which is also high compared to the statutory provisions for the running of the organization. I am new in the FIRS but upon my assumption of office, I have discovered that these, among other factors, contributed to making the FIRS unable to meet its target in recent times.”

Consequently, Nami canvassed better official discretion in granting tax waivers, even as he assured that he is working hard at the FIRS in collaboration with relevant government agencies to stem illicit financial flow, especially via profit shifting by multinationals operating in the country.

The FIRS chief urged the National Assembly to assist the FIRS in this regard in order to increase government revenue towards the modernization of public infrastructure in the country.

Senate President Ahmed Lawan, who chaired the event, charged the revenue-generating agencies to do better, stressing that “the revenue profile of the country is going down.”

Lawan added: “We believe that revenue generating agencies of government can do better. The National Assembly wants to help you in terms of legislative support and even with some incentives to ensure that your targets are met.

“Revenue agencies must meet their targets. They must aim higher. When they are not able to meet their targets, we ask them questions. There should be no reason why targets should not be met. But if anyone has any reason, we can also listen to him to know how genuine it is.”

In his contribution to proceedings at the well-attended session, Chairman, Senate Committee on Finance, Senator Solomon Adeola, stated that “it is our belief that revenue accruable to the government will increase when we have interactive sessions like this. This interactive session is going to hold quarterly. But subsequently, we will have the sessions in smaller groups to enable better interactions”.

My bitter encounter with Buhari’s new Chief of Staff, by Ambassador Dapo Fafowora