Why the Federal Govt should stop the trial of Adoke, Alison-Madueke, Etete, others over Malabu, says AGF in letter to Buhari

Letter by Attorney-General of the Federation and Minister of Justice, Mr. Abubakar Malami (SAN), to President Muhammadu Buhari last September seeking to stop further prosecutions over the Malabu Oil scandal. 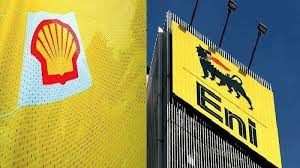 May I refer Your Excellency to the above subject matter, please.

2. This case file was received from the EFCC in a letter dated 21st December, 2016 for vetting and further directive. Having fully examined the entire case file I am inclined to request you to note the following and direct accordingly.

3. A curious observation of the entire Malabu story clearly indicates that there are the civil and criminal aspects to the case.

4. The civil aspect bothers on the skirmishes between the directors of the company which led to the claims that shares of the same directors were divested without their consent thereby taking over their interest. Having examined the cases it is important to note that the cases are pending before the courts and therefore sub-judice; the FGN should await the outcome of the cases- Suit No. FHC/ABJ/CS/201/2017 MALABU OIL & GAS LTD vs. THE FEDERAL GOVERNMENT OF NIGERIA AND & 6 ORS; and Suit No. FHC/ABJ/CS/206/2017 MALABU OIL & GAS LTD vs. MR KWEKU AMAFAGHA & 9 ORS.

5. In the criminal case, the aggrieved parties through their lawyers petitioned the EFCC against some directors of Malabu Oil and Gas alleging fraudulent divestment of their shares and subsequently depriving them of their benefits in the sale of OPL 245. EFCC investigated the case and filed nine-count charge dated 16th September, 2016.

6. Attached to the charge are a proof of evidence, case summary and list of witnesses in support of the counts which bother on fraud, conspiracy and money laundering.

Regarding the criminal charge. Your Excellency is invited to note that the charge as presently constituted may most likely not succeed against the parties for the following reasons:

a. There is nothing to show that the parties as constituted were at all times working together and having a ‘meeting of minds’ to wit; to forge CAC documents and use same for the purpose of divesting the shares of the complainants and thereafter, enter into a settlement agreement with FGN and other parties to take delivery of the proceeds of sale of OPL 245.

b. There is also nothing in the proof of evidence to support the charge money laundering and it is therefore impossible for the prosecution to prove the elements which include illicit funds, transfer for such through various channels to re-introduce same again into the regular financial system as legitimate funds in financial institutions etc. Without the express proof of these elements, the count may not be sustained on the premise of the attached proof of evidence.

c. The EFCC investigation and attached proof of evidence do not appear to have clearly revealed the case of fraud against the parties who claimed to have acted in their official capacities with the approval of three consecutive presidents of the federal government of Nigeria at the time with further claim that the matter was intended to be resolved in national interest thereby saving the nation acrimonious litigations resulting in high legal fees and the dormancy of the oil field while litigation lasted.

d. In this regard, the Public Officers Protection Act CAP P41 Laws of the Federation of Nigeria, 2004 limits liability of Public Officers to a period of three months much naturally come to mind considering their claim that the acts which are complained of were authorised by the three presidents before this current administration.

7.”Your Excellency, the beneficial approach I counsel in the circumstances is for the federal government to take advantage of the terms of the agreement under clauses five and 11 to acquire a stake in the OPL 245 converting it to a production sharing contract (PSC) between FGN/NNPC, Shell and Agip after negotiating with the ENI/Shell to absorb the cost of the FGN/NNPC entry under the said clauses five and 11 through the PSC mechanism,” Mr. Malami said.

8. The idea of revisiting the settlement agreement which resulted in the sale of the oil field to SNUD, SNEPCO and NAE is not workable. It is important in this regard for His Excellency to note the following:

a. The agreement was executed by the highest authority in Nigeria and remains sacrosanct unless it is eventually set aside by the decision of a competent court of law and denying the parties immediate benefit of reaping the fruit of their investments. The agreement has its mechanism for compensation in the event of any of the rights conferred to ENI or SHELL are challenged or violated. For the FGN to revisit the agreement, the consent of Shell and ENI will be required.

It is very unlikely that the consent will easily be obtained but rather they would rely on the protection afforded in the contract, and any unilateral effort by FGN to vary the terms of the agreement would probably open up a new bout of litigation, deter further investment, give rise to a claim for damages and payment of huge legal fees. Your Excellency may wish to note some of the FGN’s representations and assurances in the clauses 12, 13 and 17 of the agreement.

“12. FGN confirms that the terms of this FGN resolution agreement have been agreed by all the appropriate agencies of the FGN including the Ministry of Finance and the Federal Inland Revenue Service.’

“17. FGN shall indemnify, save and hold harmless, and defend SNUD, SNEPCO and NAE from and against all suits, proceedings, claims, demands losses and liability of any nature or kind, including, but not limited to, oil litigation costs, attorneys’ fees, settlement payments, damages, and all other related costs and expenses, based on, arising out of, related to or in connection with: (i) this FGN resolution agreement. (ii) the resolution agreement/ (iii) the issuance of the oil prospecting license in respect of Block 245 jointly in the name of SNEPCO and NAE and arising out of any asserted prior interest in Block 245.”

9. The above commitments are binding on the FGN. ENI/Shell legitimately expects that the FGN would respect the commitments. Failure by the FGN to respect them would cast Nigeria in a very bad light internationally and negatively impact the FGN’s quest for foreign investments. Clearly, potential investors will not have the confidence to invest in Nigeria if the government of the country is perceived as one which does not honour its commitments (captured in an agreement signed by three of its ministers).

10. ENI/Shell claims to have invested in excess of US $2.5 billion in OPL 245 from 2011 to date and as such would seek the protection of international law, including applicable investment treaties which prohibit the unreasonable, unfair and inequitable treatment of their investments and could expose FGN to international arbitration involving multi-billion dollars claims.

11. As the FGN/NNPC relies on the provisions of the resolution agreement, charges preferred against ENI/Shell companies and employees would necessarily have to be withdrawn as continuing with the charges will be inconsistent with the spirit of the relevant clauses of the resolution agreement which will enable FGN to obtain immediate interest in OPL 245. Regardless, as submitted in paragraph five and six above, the charges as constituted and filed by the EFCC are unsustainable.

12. Accept the assurances of my warm regards and loyalty, always.

Honourable Attorney-General of the Federation & Minister of Justice.