Soldier kills officer in Borno over pass and blocked account

A trooper with the Nigerian Army has gunned down a superior officer in Borno State for denying him a pass to go see his family. He is believed to be suffering from depression.

The identity of the shot officer, which the Army is keeping under wraps, though the social media is suffuse with his photo and that of his wife of seven months, has been released by unnamed friends. He was Lieutenant Babakaka Shehu Ngorgi.

Acting Director Army Public Relations, Colonel Sagir Musa, the Army said: ” A trooper of the Nigerian Army serving in 202 Battalion of 21 Special Armoured Brigade Bama, Borno State, went beserk at about 1030 hours on the 29th of July 2020 and fired at an officer (a Subaltern) which led to his death.

“The incident happened when the soldier approached the officer who was standing in front of the Unit’s Headquarters making a phone call. The soldier has been arrested, is in custody undergoing investigation. General situation in the unit is calm.

“The remains of the deceased officer have been evacuated to 7 Division Medical Services and Hospital.

“Investigation into the case has since been instituted to determine the circumstances that led to the unfortunate incident.

“The family of the deceased has already been contacted. The Nigerian Army sympathises and condoles with the family at this trying moment, and pray to the Almighty God to repose the soul of the departed and grant his family and other loved ones the fortitude to bear the irreparable loss. May his gentle soul rest in peace.”

Meanwhile The Nation is reporting that Private Uzonna Maduabuchi, the soldier who killed the recently married Army Lieutenant in Bama, was embittered because his allowances were withheld and account blocked.

Maduabuchi on Tuesday morning fired at least five shots at Lieutenant Babakaka Shehu Ngorgi, his superior at 202 Battalion of the 21 Special Armoured Brigade in Bama, Borno while the latter was on telephone with his wife.

It was gathered Ngorgi got married last December and has been away on operation in the northeast since then.

According to Army sources, Maduabuchi, a 16NA Regular Intake, had complained several times about his allowances not paid and his right to pass denied.

Although it was not clear whether the deceased officer had anything to do with his plights, it was gathered Maduabuchi was heard shouting: “I have achieved my aim” after shooting Ngorgi dead.

He was said to have embarked on the shooting spree shortly after the troops returned from scanning the environment to wade off Boko Haram Terrorists (BHTs).

The Nation gathered the shooter aimed at the officer’s chest and released rapid rounds to the amazement of colleagues who were present.

“We were all shocked because we did not expect such a thing could happen at that moment.

“Soldiers and officers were in sad mood to the extent that they wanted to go and get the shooter killed in the guardroom but the Brigade Commander gave order that they should not kill the guy.

“Later, we now tried to verify if there were issues between them but nothing personal was established.

“We only found out that the soldier’s account has been blocked for several months without collecting office allowance and salary.

“He has been complaining that he is also not allowed to go on pass. It’s painful and sad mood already here.

‘’May Almighty Allah spare our lives for future purpose and safety in this job and after May God be with us,” a soldier, who allegedly witnessed the incident said.

Asked how long the soldier had been depressed and what the Army did to get him treated, Musa did not reply our correspondent.

He also did not reply to questions on allegations that Maduabuchi’s salary and allowances were withheld for several months.

He further did not provide answers on why the army left a depressed soldier at the war front.

Our correspondent sent a WhatsApp message requesting answers to some questions which Musa ignored.

A call was subsequently made to his mobile phone but he said he was in a meeting and requested a text message be sent.

He was yet to respond as at the time of filing this report.

▪︎ Additional reports by The Nation

Photo of the shot officer and wife on social media: 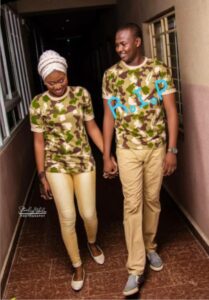 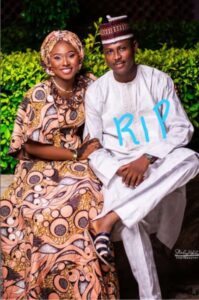 Exposed: How NGOs, religious organisations will now be strictly regulated by govt under new CAMA law

Putting on the whole armour of God

(Videos) Worry, anxiety as more clerics preach self defense, even with IEDs

Exposed: How NGOs, religious organisations will now be strictly regulated by govt under new CAMA law

Putting on the whole armour of God

(Videos) Worry, anxiety as more clerics preach self defense, even with IEDs