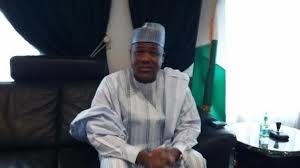 Speaker of the House of Representatives, Hon. Yakubu Dogara, has stated that the National Assembly is committed to ensuring accelerated development of satellite towns in the Federal Capital Territory.

Represented by Deputy Majority Whip Hon. Pally Eriese (APC, Edo), the Speaker disclosed that the amendment seeks to Charged the agency with the responsibility for development and defining the boundaries of the satellite towns and for Related Matters.

Dogara lamented that the absence of an enabling law has always created constraints in the operations and output of the Satellite towns as a major organ of development in the FCT.

He maintained that the public hearing on two important Bills are tailored towards grassroots social and political development of the FCT to ensure that it meets up with other emerging capital cities of the World.

” The absence of an enabling law has always created constraints in the operations and output of the Satellite towns as a major organ of development in the FCT.”

Amendment on the second Bill, the Speaker said is to ensure that FCT Area Councils are politically and administratively provided for in a law that clearly defines the extent and functions of the executive and legislative organs of the FCT Area Council and other governmental structures at the Area Council level.

“The House as a democratic and public institution seeks through the instrumentality of this hearing to gather all relevant opinions and facts and take every interest into consideration in its final decisions on the matter.”

The hearing was organised by the House Committee on FCT Area Council chaired by Hon. Zephaniah Jisalo (PDP, FCT).