Where, again, is our ‘beloved’ DSS as motorists lament persistent fuel scarcity 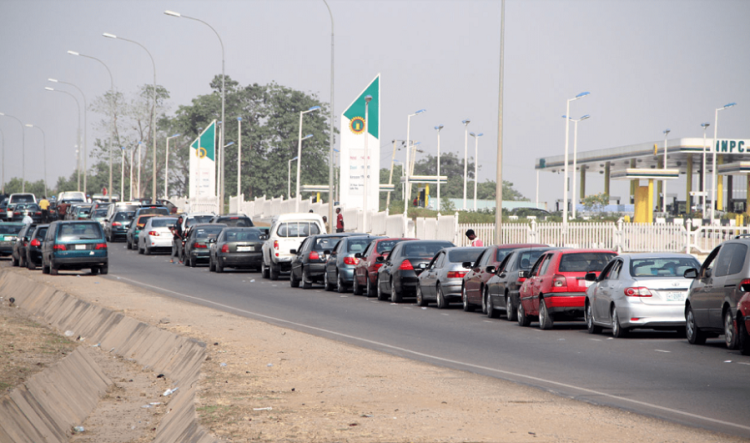 Almost five weeks after the Department of State Services (DSS) stepped into an excruciating scarcity of premium motor spirit (PMS, known on the streets of Nigeria as petrol) and put to an end to the scarcity in 48 hours, many across the country are wondering why the DSS has gone quiet this time around.

While many wonder, motorists in Lagos, Abuja and other states, have frowned at the current fuel scarcity being experienced in the territory and environs.

Dr. Peter Afunanya, DSS spokesperson, after a meeting of stakeholders at the headquarters of the service, said the state secret service would commence operations nationwide if the petrol distribution crisis persisted.

His words after the stakeholders’ meeting: “It is the mandate of the Service to detect and prevent threat to national security. This is why the Service has to summon the stakeholders meeting in the oil and gas sector to find a lasting solution to the problem before it snowballs into crisis

“There is an agreement that marketers will be operating for 24hrs on daily basis and that tankers owners said all hands will be on deck to ensure the lifting of the products.

“IPMAN has also committed itself to ensure that the product is available for 24 hours daily. The NNPC Ltd disclosed that it has over 1.9bn litres of PMS in stock and also agreed to sell the products at official ex-depot price to all oil marketers nationwide

“Therefore, we insisted that the fuel distribution must improve and all challenges eliminated in 48 hours and after 48hrs, we will as a matter of urgency carry out operations across the country.

“And in doing this, we won’t mind whose ox is gored. We are sounding a note of warning that it won’t be business as usual.”

Speaking with the News Agency of Nigeria (NAN) last week in Abuja,  the motorists, representative of others in the country, expressed displeasure over the reoccurence of long queues at most fuelling stations.

They urged the Nigerian National Petroleum Company Limited (NNPC Ltd) and other regulatory bodies to aggressively monitor fueling stations that appear to be hoarding petroleum products.

According to the motorists, such fuelling stations should be sanctioned.

NAN Correspondent who monitored some fuelling stations in the territory reports that most of them were not selling petroleum products while only few were seen selling.

The long queues had caused heavy gridlocks around the areas where the fueling stations selling fuel were located.

The development had caused hardship on commuters as transportation was difficult to get.

The motorists also have the perception that some marketers and fueling stations were hoarding the products.

At Karshi road, only three stations including Forte Oil, Conoil and  Best Albino (Black Market) were selling fuel at between N180 and N285,  while NNPC Limited Outlet in Karu was selling at N179.

NNPCL Retail station and SALBAS fueling station close to Gwarimpa-Kado flyover along Kubwa expressway had fuel but with long queues.

The motorists urged the authorities to revoke the licences of fueling stations that have not dispensed products for months.

A motorist, Mr Godfrey Aremosele who  decried the current scarcity said motorists were suspecting that those stations not selling fuel were lifting products to sell at higher prices in other states and outskirts, thereby causing shortage in Abuja.

Mr Donald Ugwu, another motorist said the situation was not predictable, adding that the suspicion was that marketers were trying to create artificial scarcity to hike the pump price from N180 being sold by some of their members.

According to him, it has not been easy for us during and after the yuletide as fuel price has been high in some areas and states which contributed to the high transportation fare experienced by travellers.

“In Enugu, I bought fuel last week at N340 per litre. I just bought today at N280 per litre at Haris fueling station Maraba, Nasarawa state.

“The government needs to address issues bordering on fuel crisis,” he said.

Another motorist who claimed anonomity expressed displeasure at the situation, adding that there were a lot of things being hidden in the oil and gas sector especially in the subsidy regime.

“It is better to remove the subsidy completely for Nigerians to know the real price of petrol and face it squarely, ” the motorist said.

The motorists, however, called on the NNPC Limited and other oil regulatory bodies to swing into action and enforce surveillance to fish out marketers and fuelling stations that were hoarding fuel.

NAN reports that as at the time of filing this report, effort made for authorities to react is yet to yield positive result.