Copyright 2021 - All Right Reserved
Home News Religion Is Born Out Of Cow; Problems On Earth Will Be Solved The Day Cow Slaughter Is Stopped: Indian Court
NewsWorld

Religion Is Born Out Of Cow; Problems On Earth Will Be Solved The Day Cow Slaughter Is Stopped: Indian Court 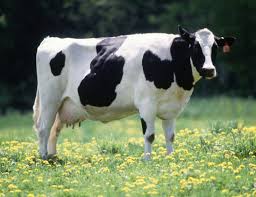 While sentencing a 22-year-old man to life imprisonment for illegally transporting cattle from the state of Maharashtra, a Court in Gujarat’s Tapi District recently said that all problems of the earth will be solved and the well-being of the earth will be established the day no drop of blood of cow drops on the earth.

The Sessions Judge S. V. Vyas presiding over the District Court, Tapi added that religion is born out of a cow as religion is in the form of Vṛṣabha, and the son of a cow is called Vṛṣabha

The Court also quoted a Sanskrit shloka (Sanskrit verse) saying that if cows become extinct, the universe will also cease to exist and that the origin of the Vedas with all its six organs is because of cows. Stressing that the killing cows is impermissible, the Court referred to two other Shlokas which can be loosely translated thus:

Significantly, calling the incidents of cow murder and illegal transportation a disgrace to civilized society, the Court remarked thus:

“Cow is not only an animal, but it is the mother. That is why it is given the name of the mother. None is so grateful as a cow. A cow is the living planet of 68 crore holy places and thirty-three crore gods. The obligation of a cow on the entire Universe defies description. The day when no drop of blood of cow drops on the earth all problems of the earth will be solved and the well-being of the earth will be established. There is much talk of cow protection and cow rearing but it is not put in to practice.

Further srressing the importance of cows, the Court also said that science has proved that houses made of cow dung are not affected by atomic radiation and use of Gaumutra (cow urine) is a cure for many incurable diseases.

The Court made these observations while dealing with the case of one Mohammed Aameen Arif Anjum who was arrested in July 2020 for illegally transporting over 16 cows and their progeny in a truck and they were tied with a rope with no facility for food or water.

He was booked, inter alia, under the Gujarat Animal Preservation (Amendment) Act, 2011, Prevention of Cruelty to Animals Act, 1960, the Gujarat Essential Commodities and Cattle (Control) Act, 2005 as well as the Central Motor Vehicles (Eleventh Amendment) Rules, 2015.

In its analysis of the evidence produced by the prosecution against the Accused, the Court came to the conclusion that the prosecution had been able to prove that the accused was driving the vehicle at the time of the incident, from which Cows and their progenies were recovered and there was no reason for the police to falsely implicate the accused in the case.

The Court also concluded that the prosecution proved that the accused did not hold the certificate of the competent authority or written permission for the transportation of cattle and thus, the court had to presume that the accused was transporting the same for slaughter.

Consequently, the Accused was held guilty under Sections 5, 6, 7 of the Gujarat Animal Preservation Act, 2011, Section-11 (1) (d),(e), (f),(h) of the Prevention of Cruelty to Animals Act 1960, Section 2 of Gujarat Control of Animal Transportation Order, 1975 and Section 4 of Gujarat Essential Commodities And Animal Control Act, 2015 as well as section-125 (e) of Central Motor Vehicle (11th Amendment)Act,2015 and he has been sentenced to imprisonment for life along with a fine of Rs. 5 lakh.

In its 24-page order, written in Gujarati, the Court also said that in the present scenario, 75% of the cow’s wealth has been lost or destroyed, and now only 25% of its wealth remains.

“A time will come when people will forget to draw pictures of cows. Period of more than 70 years has elapsed since we got independence. Not only the cow slaughter has not stopped but it is reaching its climax. The problems that exist today are because of the increase in irascibility and hot temper. The only reason for the increase is the slaughter of cows. Till this is completely prohibited, the sattvic climate cannot have its effect,” the Court added.