Copyright 2021 - All Right Reserved
Home Faith Nigeria in top 10 of countries where it’s most dangerous to be a Muslim, or a Christian in 2023
FaithNews

Nigeria in top 10 of countries where it’s most dangerous to be a Muslim, or a Christian in 2023 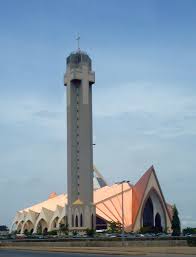 In specific terms, it is difficult to get information on persecuted people of other faith, but it is interesting to note that some of the countries where Muslims are sorely persecuted are also notorious for dealing terribly with Christians.

Answering a question on quora.com on which is the most dangerous country in the world for Muslims, Jan-AB wrote: “As a general rule for muslims living in a non-muslim country, (it is) probably India even though for the most part India has been a nice historical homeland for muslims for a thousand years.

“One has to be careful given anti-muslim sentiment is all-time high right now. You have to speak, behave, eat and act cautiously. The constitution and secular law of India is at risk.

“For ethnic muslims like Uighurs it will be China where cultural assimilation is at all time high and you have to act and behave like Han-Chinese. 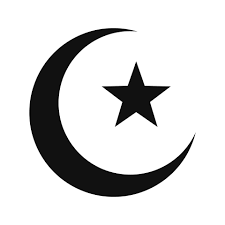 “Rohingya Muslims in Myanmar have been listed as the most persecuted group by UN. For muslims in muslim countries it would be Syria, Afghanistan and Somalia. The later countries are highly unstable due to terrorism and unstable politics.

“Of course if you are a muslim minority in some muslim countries you also are at risk. If you are Hazara in Afghanistan and pakistan for example.”

For the past 31 years, the Open Doors World Watch List has tracked such persecution, offered a global indicator of countries where human and religious rights are being violated, and highlighted those countries most vulnerable to societal unrest and destabilization.

“The Greek word most commonly translated as ‘persecution’ in the Bible means ‘pursuit,’” says interim CEO Lisa Pearce, “Open Doors doesn’t report on where Christians are caught up in conflicts or disputes simply because they live in a particular area. Our data concerns those who are targeted, disadvantaged, rejected, or attacked simply and specifically because of their faith.”

The 2023 World Watch List reveals persecution is extremely high in many countries, but nowhere as severe as North Korea, which has moved back to the top of the list of the most dangerous countries to be a Christian.

Here’s what you should know about the 10 countries with the highest levels of persecution and how you can pray for the believers in those nations. (All quotes are from the 2023 World Watch List.)

How Christians are suffering: “Across the year, Open Doors contacts heard from reliable sources that several dozen North Korean believers from several underground churches had been discovered and executed. More than 100 members of their families were also said to have been rounded up and sent to labor camps.”

Prayer point: “Pray that Christians who bravely gather in secret will be protected from the prying eyes of the authorities.”

How Christians are suffering: “Christians from a Muslim background are most vulnerable to persecution. Converts from Islam to Christianity are regarded as a high-value target by al-Shabaab militia and many converts have been killed on the spot when discovered. Young female converts to Christianity are particularly vulnerable. They are oppressed and exploited both on grounds of their faith and their gender. Young Christian girls are forced into marriages, in which they face sexual harassment, physical violence and pressure to adhere to conservative Muslim practices in an attempt to ‘rehabilitate’ them.”

Prayer point: “Somali believers face great isolation. Pray that they will know God’s comfort and find ways to grow in their faith.”

How Christians are suffering: “The population is overwhelmingly Muslim and it is illegal to convert from Islam to Christianity. Yemen is strongly tribal and tribal law prohibits members of the tribe from leaving. Yemeni Christian converts are at great risk of being killed, not just ostracized or expelled, by their families, clans and tribes.”

Prayer point: “Pray that God would change the atmosphere of scrutiny and mistrust so that all Yemenis can live safely, and with openness and freedom.”

How Christians are suffering: “For 20 years, Eritrea has only recognized three official Christian denominations: Orthodox, Catholic and Lutheran, and closely monitors these churches. Over the years, government security forces have conducted hundreds of house-to-house raids to catch other Christians. There are thought to be 1,000 Christians indefinitely detained in Eritrean prisons, not officially charged with anything. Some leaders of ‘unofficial’ churches have been imprisoned in terrible conditions for more than a decade, including solitary confinement in tiny cells.”

Prayer point: “Pray for supernatural strength, hope and joy for imprisoned believers and their families.”

How Christians are suffering: “Libya is effectively a lawless land where both native Christians and those passing through from other countries face extreme violence. With no central government to maintain law and order, militant Islamic extremist groups and organized crime groups both wield power. They target and kidnap Christians, and some believers have been killed.”

Prayer point: “Please pray for nationwide stability, that law and order will come quickly to Libya.”

How Christians are suffering: “The violence is most pervasive in the north, where militant groups such as Boko Haram, ISWAP and Fulani militants inflict murder, physical injury, abduction and sexual violence on their victims. Christians are dispossessed of their land and their means of livelihood. Many live as internally displaced people or refugees.”

Prayer point: “Pray for an end to the violence inflicted by militant groups across Nigeria.”

How Christians are suffering: “Pakistan’s notorious blasphemy laws target religious minorities (including Muslim minorities), but affect the Christian minority in particular—roughly a quarter of all blasphemy accusations target Christians, who only make up 1.8% of the population. The number of blasphemy cases is increasing, as is the number of Christian (and other minority religion) girls being abducted, abused and forcibly converted to Islam.”

Prayer point: “Please pray that Pakistan’s blasphemy laws will be changed so that Christians will be safe from false accusations.”

How Christians are suffering: “When people from Muslim backgrounds become Christians, they can only meet in secret house churches. They are at great risk of being monitored, harassed, arrested and prosecuted for ‘crimes against national security’—an accusation that is notoriously poorly defined, and can be abused. Iranian house church leaders and members have received long prison sentences involving physical and mental abuse.”

Prayer point: “Pray for strong faith and courage for the Iranian Christians meeting in secret.”

How Christians are suffering: “The Taliban’s takeover of power in August 2021 has forced most Christians either further underground or away from the country entirely. Many (if not all) house groups closed, with believers forced to leave behind everything they own. More than a year after the Taliban’s takeover, any promises they made about recognizing freedoms have proved to be false. Following Jesus remains a death sentence, if discovered.”

Prayer point: “Pray for the protection of secret believers and that God’s close presence will bring peace, joy and hope to their hearts.”

How Christians are suffering: “Social attitudes towards Christians have not changed. This is especially the case in areas outside the capital, Khartoum. Christians are still vulnerable to extreme persecution from both their communities and their own families, particularly if they have converted from Islam. Converts may face sexual assault and domestic violence in their homes, as well as being vulnerable to imprisonment and violence. The government hasn’t put real protections in place for Christians and other religious minorities.”

Prayer point: “Pray for church leaders engaging with their Muslim counterparts—for constructive dialogue on how to bring true change at a community level.”