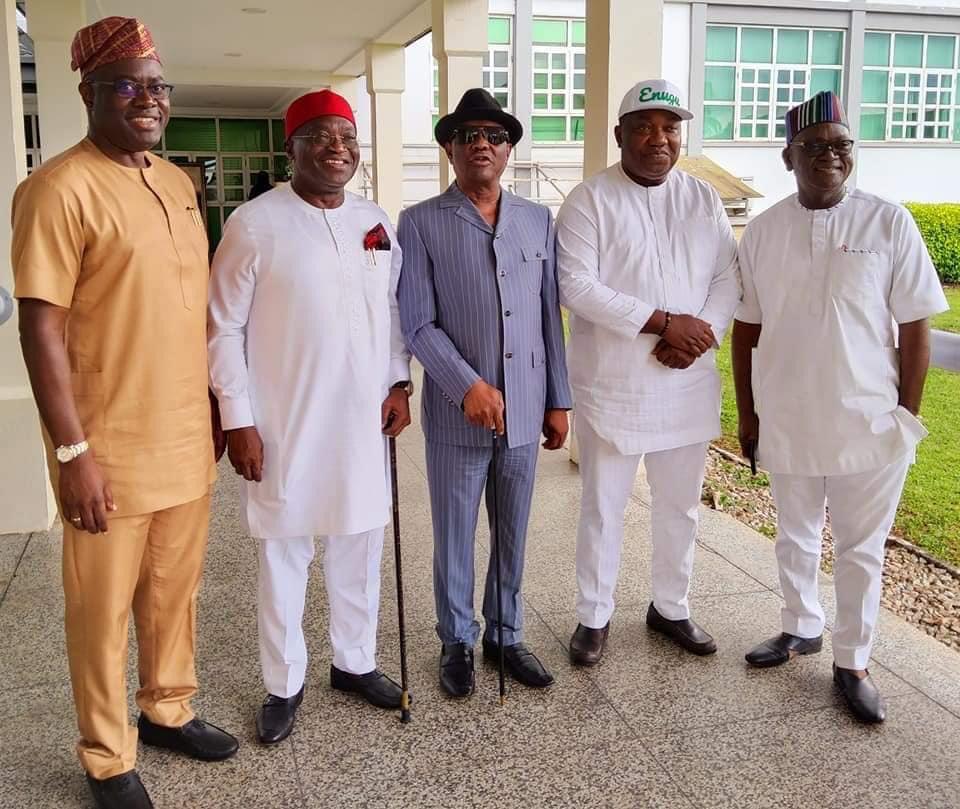 Everyday.ng gathered that though the Benue State Governor and leader of the Peoples Democratic Party, PDP in the state, Samuel Ortom is a known sympathiser of the Labour Party’s presidential candidate, Mr. Peter Obi, he has been quiet about it within the state’s party circle because other powerful persons in the party are known to support Atiku.

“In the case of Makinde, no one knows for sure who he is backing for next February’s election, because though he believes in the G5, he needs a second term and cannot afford to show his hand, though Teslim Folarin (the guber candidate of the All Progressives Congress, APC) is still sulking that the candidate of his party, Bola Tinubu, allegedly met with the G5 in London and worked out an arrangement that is against his (Folarin’s) interest.” 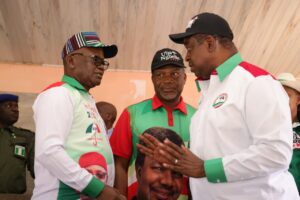 The insider added that the surprise was the interest Wike showed to align with the APC candidate. “A meeting is slated to reach a final decision, but the position of the Abia and Enugu governors is evident, as they cannot turn against the grain of South-East sentiments for Peter Obi,” he added.

But on Thursday, Ortom led party bigwigs to kick-off statewide gubernatorial and legislative houses campaign rallies for the party. 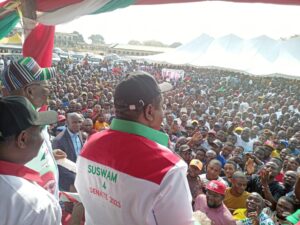 According to a statement by his spokesman, Mr. Nathaniel Ikyur, Governor Ortom in his speech at the separate rallies in Ugba, Sankera and Katsina-Ala township told party supporters that the PDP Governorship candidate, Engr. Uba is well groomed to take over from him and lead the State to greater heights.

He noted that Uba as Speaker of Benue State House Assembly for two terms has led the legislative arm without  crisis, insisting that it was a clear demonstration that he is someone with a large heart and has the competence to lead the state.

He enjoined the people to vote massively for PDP candidates in the state, emphasising that they must collect their Permanent Voters Card from INEC to vote at the polls.

He thanked the people for turning out en masse to welcome the campaign trail urging them to shun those who were collaborating with enemies of the state to deceive Benue people.

The Governor had earlier met separately with traditional and religious leaders from the three local government areas where he commended them for their cooperation with his administration, particularly in the efforts to contain the security challenges in the area.

He promised to lift the ban on the use of motorcycles in the area once the traditional and political leaders assure him of safety of lives and property in their domain.

The PDP Governorship candidate, Engr. Uba in his speech said the statewide campaign tour, which kicked off in Sankera was significant as it was his maternal birth place.

Uba disclosed that one of his priority in Sankera axis if he gets elected will be in the area of security and agriculture, stressing that he will build on the foundation laid by the Ortom administration.

He pointed out that Governor Ortom and  Senator Suswam has made the campaigns easier for the party in  Zone A senatorial district by the quantum of infrastructural development in the senatorial district, stating that the people have every good reason to vote for the PDP candidates.

The Senator representing Benue North-East Senatorial District, Dr. Gabriel Suswam stated that Engr. Uba as Speaker of the State Assembly was familiar with governance and would not start learning on the job to effectively lead the state.

Sen. Suswam enjoined the people of Sankera to continue to support the PDP as they have always done, urging them not to be deceived by those who do not mean well for the state.

He praised the sincere commitment of Governor Ortom in combating insecurity, especially in the Sankera axis.

The House of Representatives Member for Katsina-Ala/Ukum/Logo Federal Constituency, Dr Richard Gbande, Council Chairmen of Logo, Ukum and Katsina-Ala also spoke at the campaign rallies and pledged the readiness of the people of the area to vote for the PDP.

The Acting State Chairman of PDP, Hon. Isaac Mffo who received decampees into the party called on the people to vote overwhelmingly for the  party, while the Director of PDP State Campaign Management Committee, Dr. Cletus Tyokyaa disclosed that the party has fielded credible candidates.

In separate goodwill messages at the rallies, Prof. Iyorwuese Hagher, Elder Dickson Azaugba, Dr. Kester Kyenge, Chief Jem Toraanyin, Hon. David Se-Av among others all assured that the people of Sankera will offer overwhelming support to the PDP to win the elections, stating that Engr Uba was their choice for Governor.

Governor Ortom and Senator Suswam along with other political leaders in Sankera axis had separately presented the governorship candidate to the Logo, Ukum and Katsina-Ala traditional Area Councils who gave royal blessings to Engr. Uba, to emerge victorious in his aspiration to become the next Governor of the state.