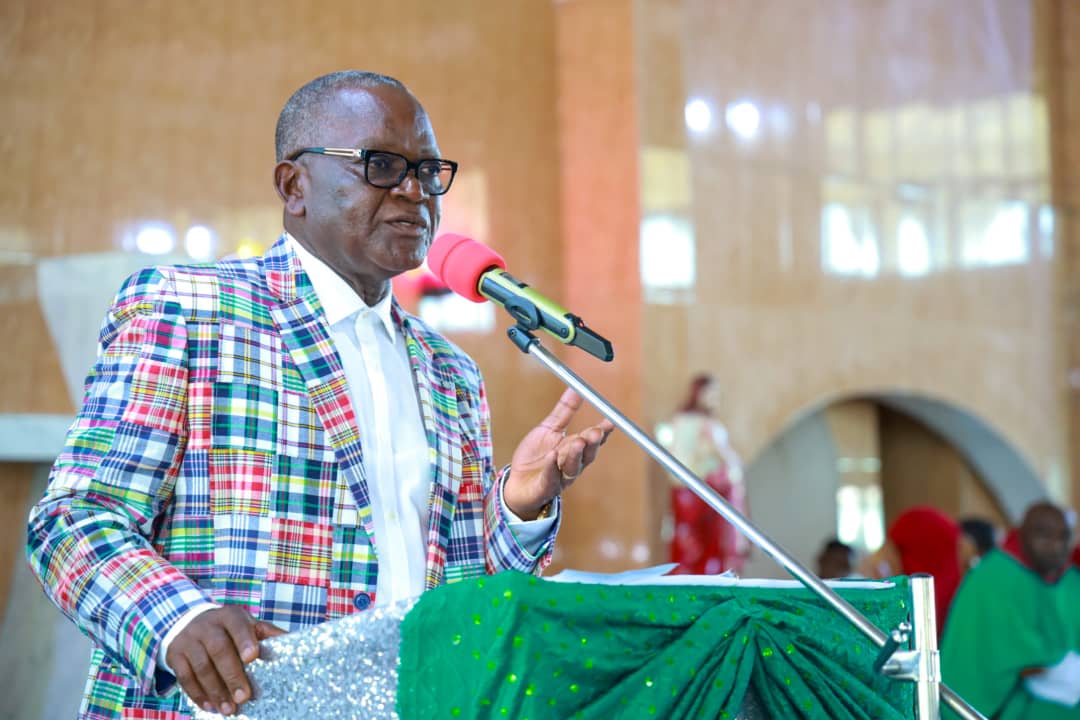 Faced with the possibility of an industrial action by unions in the state-owned university, Governor Samuel Ortom has appealed to the unions, especially the Academic Staff Union of Universities (ASUU), at the Benue State University, Makurdi to shelve a planned strike.

He enjoined them to always explore other ways of resolving issues with the management of the university and the State Government rather than embarking on strikes.

The Governor made the appeal Sunday, January 22nd, 2023 during a Thanksgiving Mass in his honour held at the BSU Good Shepherd Catholic Chaplaincy, Makurdi 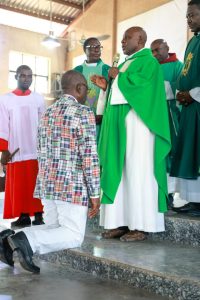 He reaffirmed the commitment of his administration to continue placing the University on first line charge, stressing that “the education of the Benue child must not be treated with levity.”

The Governor said he was properly briefed on outstanding issues with the industrial Unions at the University and the State Government will continue to show sincere commitment to resolving all the issues for the growth of the institution.

“My appeal is that we find a middle ground on resolving issues and avoid the temptation of always embarking on strike,” the Governor stated.

Governor Ortom who congratulated the University for attaining 30 years stated that he was proud of the achievements the University has continued to record since its establishment.

According to the Governor, it was a deliberate approach to encourage the growth of the University that the State Government approved that the institution take over the Makurdi Zoological Garden, JS Tarka Foundation as well as the Agriculture Development Corporation, ADC along Makurdi-Aliade road for academic research and other purposes.

The Governor thanked the Chaplain of the Good Shepherd Catholic Chaplaincy, Rev. Fr. Remigius Ihyula and the Christian community for organizing the Thanksgiving Mass to offer prayers for him as he was gradually rounding-off his tenure in office.

He noted that amidst the travails, his administration was sustained by prayers of the Church.

While soliciting constant prayers to overcome the challenges of his administration, the Governor particularly applauded the Catholic Church for adding value to humanity through collaborative efforts in the areas of education, health services and character formation, noting that the Church has never deviated from its mandate.

Governor Ortom also used the moment to commiserate with the University community over the death of one of its pioneer staff, Prof. Armstrong Matiu Adejo who died a few days ago, stating that he was saddened as the deceased university don was his personal friend and taught him in the University.

He particularly expressed profound appreciation to the Governor for giving approval to the University to take over Agriculture Development Corporation, JS Tarka Foundation as well as the Makurdi Zoological Garden, saying the facilities will be useful for the University’s research purposes.

While urging Christians to develop friendship with Jesus, the clergyman cautioned against divisions in the Church which he said will destroy the victory of the cross that unites all Christian faithful.

Rev Fr. Iorapuu admonished politicians to have the courage of St. Paul the Apostle to stop their followers from destroying others.

Chaplain of the Good Shepherd Catholic Chaplaincy, Rev. Fr. Remigius Ihyula and Pastoral Chair of the Chaplaincy, Prof. Elizabeth Kembe in separate remarks, thanked the Governor for honouring the invitation to the Thanksgiving Mass, stating that as a Visitor to the University, the Governor has not stood far from the institution.