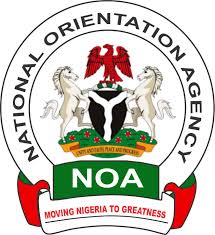 The National Orientation Agency (NOA) has signed a formal agreement with the International Labour Organisation (ILO) to join forces in the campaign to eliminate child labour in Nigeria. The Director General of the NOA, Dr. Garba Abari  and the Country Director of the ILO in Nigeria, Vanessa Lerato Phala signed the agreement in Abuja.

The partnership covers the implementation of the National Social Behavioural and Communication Change strategy under the Accelerating Action for the Elimination of Child Labour in supply chains in Africa (ACCEL Africa), a project funded by the Dutch government. The Accel Africa project in Nigeria aims to eliminate child labour in the Artisanal Gold Mining and Cocoa Farming sectors in Nigeria.

Director General of the NOA, while signing the document, committed the Agency to implementing a grassroots programme that will help raise awareness among stakeholders and modify behaviour within the focal communities of the project.

He said the project supports the Federal Government’s overall goal of giving access to education for all children in the first twelve years of their lives. 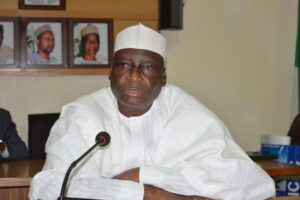 According to him, the Agency will deploy its grassroots structure, which include presence in 36 states and the 774 local council areas in Nigeria, to enlighten citizens on the dangers of child labour generally and its impact on communities, the economy and the child, especially through the implementation of the National Social Behavioural and Communication Change Strategy (NSBCCS).

The ILO, according to the agreement, will:
*Support the institutional capacity of the NOA’s Community Orientation and Mobilisation Officers (COMOs) and other relevant officers to implement programmes aimed at creating awareness  among communities.
NOA, on its part, will:
*Implement National Behavioural and Communication Strategy in these local communities as part of their culture and orientation process;
*Mainstream public awareness programmess on child labour as part of the general public enlightenment schedule of the Agency; and
*Implement specific programmes jointly designed by both the NOA and Accel Africa that will lead to the reduction of child labour issues in Nigeria.

The Accel Africa project in Nigeria is focused on three states of Ondo, Osun and Niger and align with the Durban Call to Action which hopes to accelerate multi stakeholder efforts to prevent  and eliminate  child labour, especially worst forms of child labour; end child labour in the agriculture sector; realise the right to education for every child and; achieve universal access to social protection. The project is being cordinated in Nigeria by Dr. Agatha Kolawole, a leading expert on labour rights in Africa.