BEWARE: WhatsApp admins can be liable for for group members’ crime in Nigeria 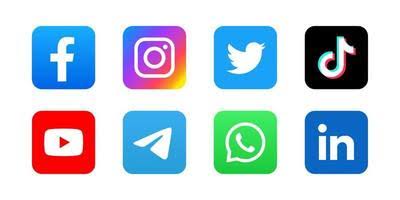 WHATSAPP ADMINISTRATORS CAN BE LIABLE FOR MEMBERS CRIME – ex-NBA scribe
A former Publicity Secretary of the Nigerian Bar Association (NBA), Mr Douglas Ogbankwa, said that administrators of WhatsApp groups could be held responsible for violating the Cyber Act 2015 caused by members.

Ogbankwa disclosed this in an interview with the News Agency of Nigeria (NAN) on Tuesday in Lagos.

He said that many adminstrators of WhatsApp groups appeared ignorant of the provisions of the Cyber Act, which spelt out offences such as cyber stalking and bullying, among others.

According to him, ignorance of the Act is not an excuse for violation.

He said that in the wake of increased cyber crime, the Cyber Act had carefully made provisions to check cyber activities including social media.

“The Cyber Crime Prohibition Act 2015, provides for the liability of whatsapp group admins; so I think group admins need to take a look at the Act because it provides that admins must protect the intrerest of others.

“So, if a post is made which threatens national security or interest, the Act is saying that such admins will be liable for any legal issue which may arise from such transactions.

“It, therefore, means that ignorance of the provisions of such law will not serve as an escape route for anybody as Whatsapp group admins have been empowered to delete offensive items entirely from a group.

“Not taking advantage of these new features in Whatsapp to regulate activities of group members, may put the admins at risk of legal action as it will be deemed that such offensive items are endorsed by them.

“The truth is that social media is a novel area of communication in the world, and many people are unaware that there are laws enacted by government to regulate its affairs.

“A lot of criminal activities take palce on social media and regulations such as the Cyber Crime Prohibition Prevention Act provides for legal regulations and institutional framework for prevention of cyber crime in Nigeria,” he said

According to him, under the Act, there is a provision for even the operation of cyber cafe which also criminalises unregistered cafeing.

He added that social media users must keep themselves abreast of these developments.

“Section 24 of the Act says that a person who knowingly sends offensive, indecent, or false message, or causes criminal intimidation to the annoyance of others, is liable on conviction to a fine of not more than N 7 million or imprisonment term of three years,” he said

Ogbankwa urged Whatsapp group admins to ensure that they scrutinise the calibre of person added to their platforms in order not to “buy” law suits or be listed in the bad book of the law.