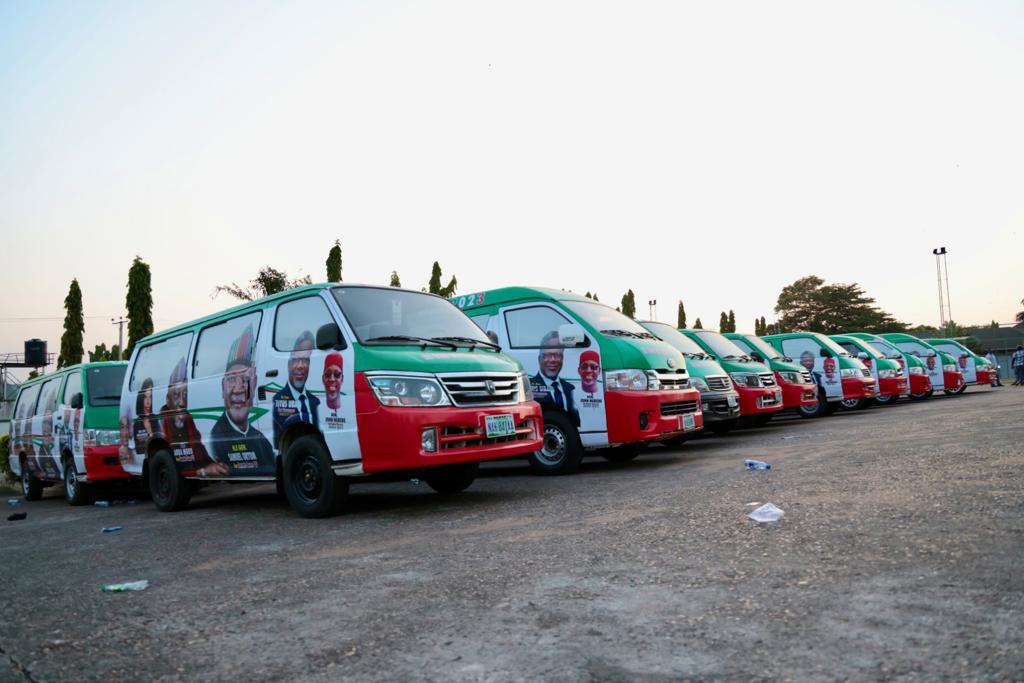 …insists PDP has no issues in the state

Benue State Governor and Chairman of the PDP Campaign Council in the state, Samuel Ortom has distributed vehicles to the campaign team in the state.

According to the Governor, the vehicles were meant to enhance movement and other logistics for the campaign as the party embarks on intensive campaigns and mobilisations in the state ahead of next year’s polls.

Governor Ortom had earlier in his brief remarks at the meeting, reaffirmed that the party had no issues in the Benue State and was strategizing on winning the 2023 elections.

He said the party in the state will not rest on its oars until it emerges victorious at the 2023 polls.

“We want to work very hard with our people and this is why we will continue to meet to ensure that come 2023, we will win our elections.”

“But we in Benue State do not have any problems and we are going to win our elections. By the grace of God, we have worked hard as a team.

“All politics is local, we are doing our local politics here and that is what is paramount. PDP is very committed and we are committed to PDP in Benue State but at the national level, we have problems until issues are resolved,” Ortom stated.

The Governor dismissed insinuations that it was just the five Governors that were dissatisfied with the way the party is being run at the national level.

He hinted that other top-ranking members of the party too are disturbed but  “Because we love the PDP, we believe that equity, fairness and justice are the tools that will be used to resolve the matter.”

The vehicles were donations by the Rivers State Governor, Nyesom Wike to the Benue State campaign team.