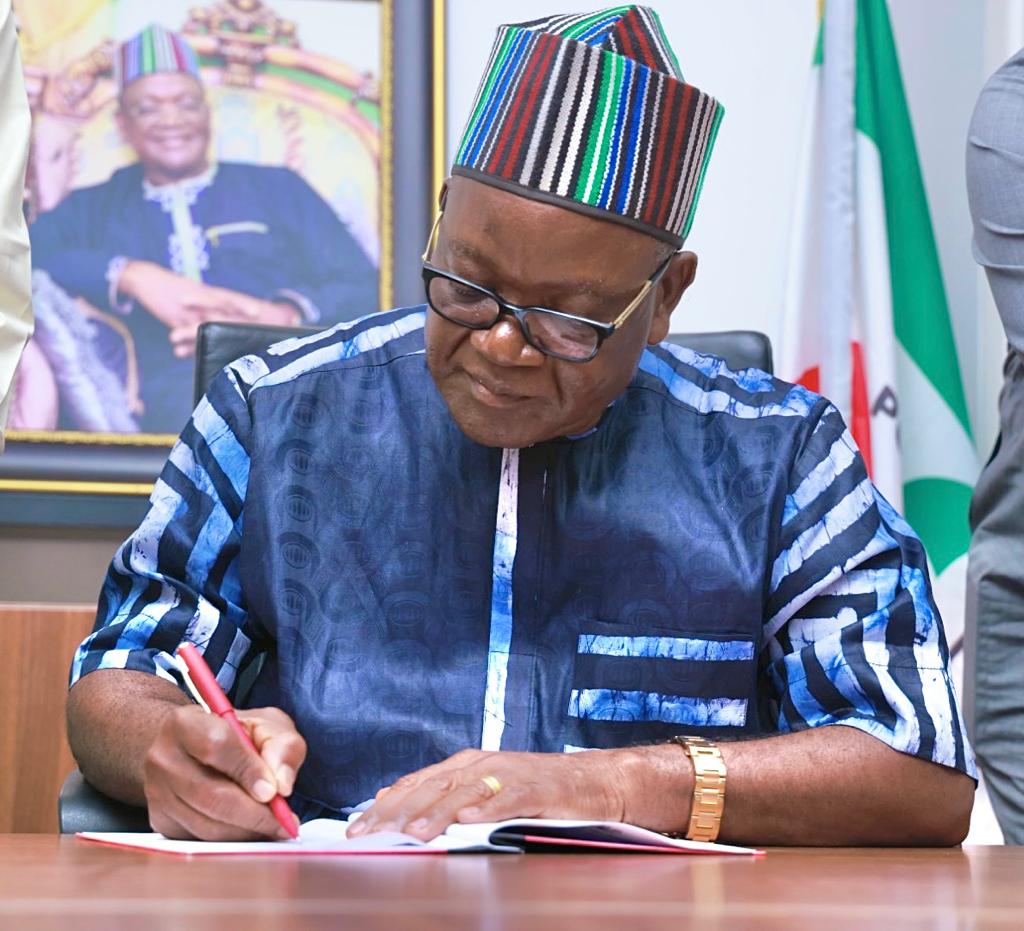 Governor Samuel Ortom has assented to the 2022 supplementary budget with internal reviews and adjustments that maintain the appropriation envelope of  N175,903,441,384.

The bill was recently passed by the Benue State House Assembly.

The Governor also presented a Law which he had already assented to for the “Establishment of Benue State Statistics Systems and State Bureau of Statistics for Collection, Compilation, Analysis, Storage and Dissemination of Statistical Data Information and other Related Matters.”

He performed the ceremony Thursday in the Conference Hall of the Governor’s official residence at the Benue Peoples House, Makurdi.

Governor Ortom in his remarks shortly before assenting to the law acknowledged the robust relationship between the three arms of government in the state which has ensured the implementation of policies and programmes.

He particularly noted that the executive and legislative arms of government have over the years worked closely and executed the mandate for the people without any gaps.

According to the Governor, “I have worked with this Assembly and they have due respect for the executive just as we do for the Assembly.”

He emphasized that right from the inception of his administration, he has maintained that he will never do anything to undermine the integrity of the three arms of government.

“We appreciate the separation of powers and at all times, we will do the needful to ensure seamless understanding and execution of government policies and programmes and this is one of them.”

He went on: “I remember that the House of Assembly had cautioned that it will always be better if a supplementary budget is presented before the budget presentation for that fiscal year.

The Governor also expressed optimism about the passage of the 2023 budget saying, “We are looking forward to the fact that before the end of the year, the State Assembly will also pass the 2023 appropriation bill and we, by the grace of God, will also sign it into law before the year ends.”

On the law for the establishment of the State Bureau of Statistics, the Governor said it was assented to in order to give legal backing to the agency, adding that going forward, the state will have enough data and accurate figures from Benue State.

The Deputy Speaker, Benue State House of Assembly, Christopher Adaji in his brief remarks said the Assembly had passed the 2022  supplementary budget to enable the State Government to meet its obligations to the people.