No woman should pay with her life giving birth, says FIDA’s Ezinwa Okoroafor 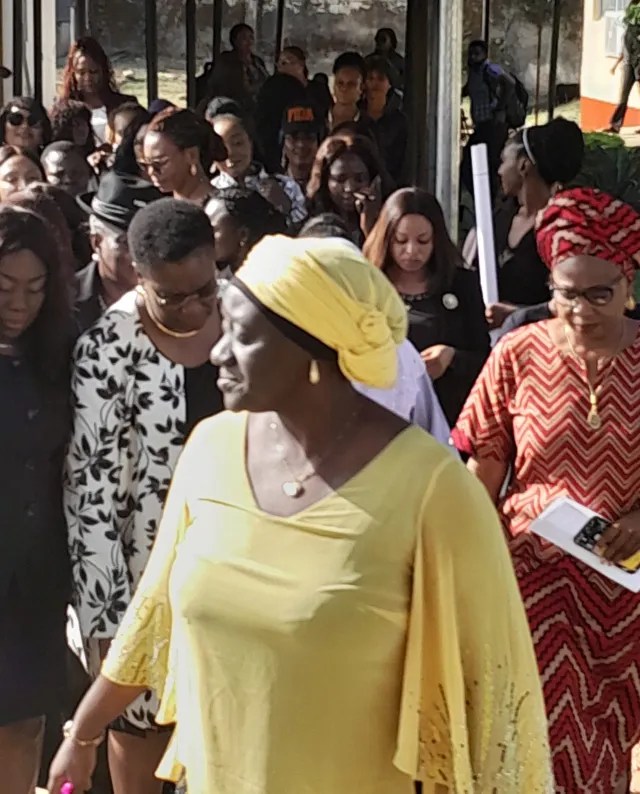 (Featured Photo: Dr. Halima Bello, CMD of Gwarimpa General Hospital taking the FIDA delegation on a tour of the hospital) 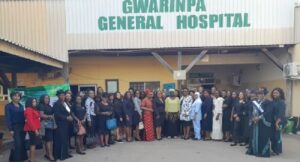 The 2022 Law week of the International Federation of Women Lawyers, FIDA Nigeria, Abuja kick-started on Friday with the adoption of the Labour Ward Gwarimpa General Hospital.

While the adoption is in acquiescence with FIDA Nigeria’s adopt-a-ward initiative where every branch is expected to adopt a hospital Ward, the choice of Gwarimpa General hospital was premised on the fact that it caters for a number of poor income earners in the suburbs around its locality and boasts of nearly an entire top management headed by women.

The theme of FIDA Abuja’s 2022 Law week is: “Addressing the Concept of Gender Justice in Nigeria.”

In her address to the Senior management team of the hospital, Mrs Okoroafor noted that “each time a woman goes into labour, she puts her life on the line; she makes every effort to impact society by bringing out that child. When a woman is giving birth, she is helping to build the nation. She is contributing to national development. A woman should not pay the price with her life because she’s giving birth.”

Okoroafor also disclosed that FIDA’s task includes protecting the interest of women and children based on the realisation that the happiness of the home and the strength of a society depends on the well-being of the women and children.

Explaining what FIDA will do for the hospital, having adopted the labour ward, the International Director said “it’s not a sprint or one-off thing. It is a journey and we will work closely with the Chief Medical Director to know the areas of need for the ward and assist in the best way possible.”

In her remarks, the Chairperson of FIDA Abuja branch, Chibuzor Maureen Nwosu revealed that the hospital was adopted on account of the high number of indigent women and children that access the hospital.

“Since we have adopted the Labour ward, it is now our responsibility to come from time to time and render the help we can. FIDA has noted some of the needs of the hospital and we will come back again to do more in order to impact the lives of women and children.”

Also, the Chairperson of FIDA Abuja 2022 law week, Chioma Onyenucheya-Ukoh noted that to make the law week a wholesome event and in furtherance to the mandate of FIDA which is for catering for the welfare and interest of women and children, there is no other better place to go except to a hospital where women on a daily basis and by the minutes labour to bring to life for the growth of society and humanity.

An elated Chief Medical Director (CMD) of Gwarimpa General Hospital, Dr Halima Bello described the visit as laudable and commended FIDA Nigeria Abuja branch for the visit and donations as well as their interest in the welfare and well-being of the women.

The CMD and her team led the members of FIDA Nigeria Abuja branch on a tour of the hospital where FIDA members observed the state of things that need their support and intervention.

Some of the items needed in the hospital include B.P apparatuses, weighing scales, standing air-conditioners, chairs, autoclave, sonic aid, bedside lockers, window blinds and many more.

FIDA at the end of the visit made some donations to the hospital.