Copyright 2021 - All Right Reserved
Home News No, sir! It is not inflation, it is unbridled and unequalled corruption!
News

In a swift and sharp reaction to a trending report that Nigerians are bearing the brunt of attendant inflation, flowing from the quiet upping of the cost of petrol on the streets and filling stations; public affairs commentator, Polycarp Gbaja, a reverend gentleman  retorts:

“No, (Nigerians are) bearing the brunt of unbridled corruption, the most massive oil stealing in history, government criminal negligence, complicity & failure to deploy due diligence in administering different facets & levels of the nation’s wealth, brigandage & open robbery of commonwealth funds. And much more.

“Inflation, is a consequence of all the above worst practices, incredibly bad governance, by the Buhari and immediate previous Governments combined. 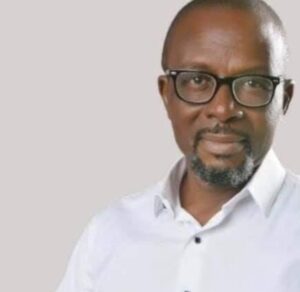 Recall that Everyday.ng reports that if oil marketers insist that the lowest price the Nigerian National Petroleum Company (NNPC) Limited can sell petrol to them, if there is no subsidy, is N400/litre; then, the question begging for answer is;  when do they want to sell to the rest of us for more than that and end the scarcity and all the propaganda in the media space?

And with oil industry players, with the under-the-table connivance of the Federal Government causing Premium Motor Spirit, PMS, (petrol) to continue its upward movement, the average Nigerian bears the brunt of the attendant inflation, which mercilessly continues to rise. It is made worse by the approaching festive season of Christmas.

According to the oil marketers on Sunday, other reasons for the continued scarcity of petrol, and the recurring queues at filling stations include the unbearable imports charges as the sole importer of the commodity, which it has  quietly pushing to depot owners.

Also, depot owners, on their part, were also passing the charges to filling stations, which in turn push it to final consumers of the product, a development that has led to the increase in the pump price of the commodity.

Meanwhile, the Federal Government is turning a blind eye to the activities of depot owners, while publicly grandstanding for political correctness.

The depot owners have thus raised the ex-depot price of petrol to about N185/litre, against the approved rate of N147/litre.

In Abuja, petrol stations, in the early hours of the day were shut due to lack of products to sell, but as evening came, many began to sell as petrol tankers arrived.

In Nasarawa and Niger states, there was visible scarcity.

Another reason thrown up for the rise of the precious product is the scarcity of the US dollar to transact business.

Media reports quoted industry sources as saying that “the dollar is affecting PMS purchase, something you were buying for about $15/tonne when the dollar was about N440 to N450, but currently the dollar is about N750 to N800. Definitely the price of the product will increase,” a major marketer, who pleaded not to be named due to lack of authorisation, stated.

The official added, “You can buy a product, say $10/tonne from maybe Russia, it will get to Nigerian waters at that rate, but most of those mother vessels, as soon as they discharge into your own vessel, whatever rate you now pay will be international rates in dollar.

“The mother vessel has its limit, it has to be stationed at Atlas Cove. But the daughter vessel you are going to charge, which brings in the product, will be charged in dollars. They don’t take naira. So all these charges come in dollars.”

He stated that these charges were currently hitting hard on the NNPC, as the oil company was finding it tough to bear the increased fuel imports’ rates.

“All vessels operate on international rates and it must be in forex. So as it is now, the rates are getting so high for NNPC to bear alone. Some of these charges have to be pushed to depots that are taking the products and they have to pass it on to consumers,” the oil marketer stated.

He added, “The subsidised ex-depot rate for petrol from NNPC is about N147/litre, but tell me, which depot is selling at that rate today? I know somebody who said he bought from a depot at N182/litre. And he got it at this rate because he did bulk purchase, he bought about 20 trucks.

“And he bought it from one of the major marketing companies. So when you make a bulk purchase at N182/litre, then you can imagine what those who are buying one or two trucks will have to pay for the product

“This means that there is hardly any depot you can go to now that you can get products for less than N185/litre. And by the time you buy at N185/litre at the depots, why won’t they sell at N200/litre and above?”

This development was confirmed by the National Public Relations Officer of the Independent Petroleum Marketers Association of Nigeria, Chief Ukadike Chinedu, who stated that NNPC was currently finding it tough to continue subsidising PMS.

“The least that NNPC can sell petrol is over N400/litre to depots and not at N145/litre, but because of subsidy, which is becoming over-bearing on them, the oil firm has been struggling to subsidise,” he stated.

He added, “That is why you see the lapses. The government is looking for dollars to import this product and pay the contractors importing for NNPC, and it is also trying to subsidise PMS.”

Ukadike explained that the landing cost of PMS in Nigeria was about N450/litre, as he noted that subsidy on PMS was no longer sustainable.

“The government will not continue to be Father Christmas and cripple the economy. Subsidy must stop!” he stated.