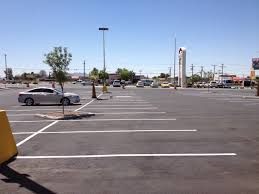 How did that *Obiter Dictum* of the Supreme Court emanate?

Cars Are Parked At Owners’ Risk: What does it mean… How does it affect you?

The Implication from legal perspectives

Everyone that has a car or rides in a car should have seen this sign that is always conspicuously placed in parking lots or parking spaces ‘*cars parked are at owners’ risk’* and you may be wondering what  are the legal implications of this sign, what if something goes wrong with your car; it gets damaged, burgled or the whole car stolen at the parking lot; who will be held accountable?

You might have even been in this kind of situation before; what are the legal implications of the sign; who pays for the damages, what are your rights and remedies at law in this circumstance, who do you sue to recover damages, do you even have enforceable rights or remedies at law?

On 19th of December, 1986, Justice K.O Anya (rtd) traveled  to Owerri for a book launch. When he got to Owerri he checked into a hotel called Imo Concorde Hotel, a renowned hotel in Owerri, Imo State.

When it was time for him to leave the next day, been the  20th of December 1986, he discovered that his car; Pegeuot 505, AC salon he came to the hotel with had been stolen from the hotel premises where he parked it the previous day.

He decided to sue the hotel management. So he took the hotel management to court, joining the two security details on duty the day he checked and the day his car was stolen to the suit, on the grounds that the respondents were negligent by allowing his car to get stolen. He prayed the court to grant him damages, total damages of N150,000.00; N65,000.00 being a special damages as the current value of his Pegeuot 505 salon car.

The trial court decided in his favour held that he had a right to action and can recover damages from the hotel which he checked in and his car was stolen and that the defendants are in breach of duty of care which they owed to the plaintiff and consequently are liable to the plaintiff for the loss of his said car so damages were awarded to him.

Justice K.O. Anya then appealed to the Supreme Court since the decision that the trial court held in his favour was reversed by the Appeal court.

The Supreme court upheld the decision of the Court of Appeal and held that Justice Anya cannot recover damages for his stolen car from the hotel. The Supreme Court in its *Obiter Dictum* stated that the general principle is that the tort of negligence only arises when a legal duty owed by the defendant to the plaintiff is breached and to succeed in an action for negligence, the plaintiff must prove by the preponderance of evidence or the balance of probabilities that;
(a)  the defendant owed him a duty of care
(b) the duty of care was breached
(c)  the defendant suffered  damages arising from the breach~ PER A. KALGO, JSC.

The Supreme Court also went further to state that it is a generally accepted principle of negligence that a person only owes a duty of care to his neighbour who would be directly affected by his act or omission.

The question now is ‘who then is your neighbor? In an old case Donaghue v. Stevenson, Lord Atkin provided an answer to the above question that your neighbors (in law) are persons who are so closely and directly affected by your act that you ought to reasonably have them in contemplation as to be affected  when you are directing your mind to the acts or omissions which are called in the act in question.

To this effect, the parking facility of a hotel, church, airport, restaurant, supermarket, etc is *a gratuitous service* given to users of that place and in the absence of express agreement the securities or the management of the parking lot has no legal duty or obligation to provide security for the cars parked in their space, hence cannot be held for negligence if anything goes wrong with the car, as it is just a moral obligation for them to look after your car and not a legal obligation.

By the reason of this Supreme Court judgement in the case of K.O. Anya V. IMO Concorde Hotel, the sign *‘Car Parked Are At Owner’s Risk’* is an express and open caveat to everyone that the security men guarding the parking lot owe you no legal duty or obligation to make sure your car is safe, neither can they or anyone else be held responsible for negligence if anything goes wrong with your car.

Be it as it may, as it is said that in every general rule there must be an exception, there’s also an exception to this caveat ‘Car Parked Are At Owner’s Risk’.

Therefore, if you want to hold the management and security men of a parking lot of a hotel, church, restaurant, supermarket, airport, market, mosque, offices, etc , accountable if anything goes wrong with your car, then you must drop the car key with them, and draw their attention to where the car was parked.

Not only this. If they give you a tag that you will issue them before you drive out, then they are liable.  Why giving you a tag,  if  you’re parking at your own risk. A tag given is guarantee of security.