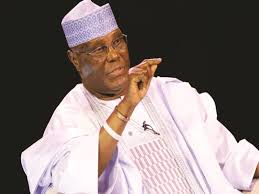 Tinubu on Friday said:  “There are few of us left running, one says he is Atiku, how many times has he been running? He is always on the run and he is tired. Tell him to go and sit down. Enough is enough.”

But on Channels Television, Ibe said: “It’s only in this country that you put people who are sane in the same environment with people who are mental. It is really unfortunate.

So, when are we going to buy petrol for N400+ if NNPC petrol price without subsidy is N400/litre?