Copyright 2021 - All Right Reserved
Home Features How Americans were rattled to flee Nigeria, by US Nigeria Law Reform Group
FeaturesNews

How Americans were rattled to flee Nigeria, by US Nigeria Law Reform Group 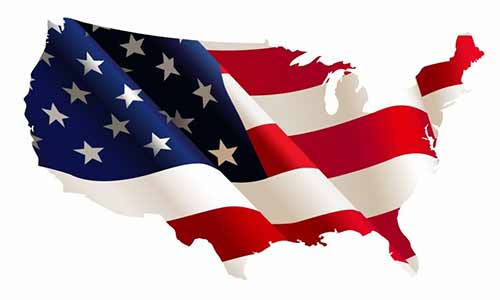 During our recent humanitarian mission to Nigeria, our trip was prematurely truncated by the US embassy’s elevated terror threat warning and ordered departure directive.

The following is our report on this incident for purposes of sufficiently informing the general public to take appropriate care.

A. Immediate Causes of the terror alert: Failed and Foiled attacks

There were at least two immediate incidents that triggered the post-haste  departure of Americans from the largest US embassy in Africa.

1.1 Failed attack – the first incident was the detection of an IED (Incendiary Explosive Device) which had been successfully deployed at a US diplomatic compound. Fortunately for the occupants, the bomb failed to detonate and so there was no casualty.

However there was sufficient alarm raised firstly that the terrorists were able to actually identify an unmarked US diplomatic compound and tactically deliver a bomb thereto.

The US alerted the Nigerian government, while forensic evaluation was in progress, to take serious action.

2. Foiled attack – subsequently Nigerian authorities busted a terror cell proximate to yet another larger US diplomatic compound in Abuja. That terror cell had reportedly stockpiled bombs in readiness for the destruction of four churches also within its radius.

By this time, the forensic experts had concluded that the first IED recovered was lethal and that only poor construction had kept it from exploding.

Given this finding, the US authorities determined they could not rely on luck next time and having urged Nigeria to take stronger action as they did not want to pull out of the country, and not seeing a robust crackdown, ordered mass evacuation.

As an intelligence official said, “We have to be secure 100% of the time but the terrorists only need 1%.”

1. Recent Fulani attacks on Westerners.              Immediately prior to the bomb discovery incident, an American missionary was kidnapped by Fulani Herdsmen in the middlebelt.

According to our local partners who helped with hostage negotiations, her Fulani kidnappers said they were offered $20,000 to abduct a white person.

While this was not specific to Americans, Americans remain the highest number of western expatriates in most locations thus the statistical probability of getting an American is high.

Diplomatic security sources briefed us that on average an American is kidnapped every month. However this was taken to mean Nigerian American dual citizens. Thus the abduction of a white American female was unusual and especially alarming in north central Nigeria.

This is because of the international footprint of the  Fulani kidnap franchise.

It will be recalled that an American missionary was kidnapped in the neighboring country of Niger only to be rescued later by American forces in Nigeria.

As Nigerian American professionals noted in a February 2021 letter to the US government:

“Secretary Blinken, the existential threat that the situation in Nigeria presents, of which the vicious herdsmen militia’s atrocities are just a part, cannot be overemphasized.
It goes far beyond threats to the subregion.

Below are just a few instances of direct threats posed by Fulani militia to American and western allies:

1. In 2017, the first US military casualties in West Africa were caused by a Fulani terrorist who killed four US Green Berets in the nation of Niger in an ambush using cows. They were Staff Sgt. Bryan Black, 35; Staff Sgt. Jeremiah Johnson, 39; Staff Sgt. Dustin Wright, 29 and Sgt. La David Johnson, 25.

3. In 2018, four American and Canadian citizens were abducted in Nigeria’s  Kaduna state by a Fulani group.

4. In 2019, A British Aidworker Faye Mooney who worked for American Humanitarian organization, Mercy Corps, was killed in Kaduna State as a Fulani group attempted to abduct her.

5. In 2020, barely three months ago, US Navy Seals rescued missionary Philip Walton from Nigeria where he was hidden by the Fulani group who abducted him in Niger.

Hordes of Fulani militia from across the region, crisscross international borders at will, descending on innocent Christian communities in north central and southern Nigeria and against non-Fulani Muslims and Christians in northwest Nigeria leaving a trail of death, destruction, rape, mass displacement and food shortage.”

It is believed that Philip Walton was brought from Niger to be resold to ISWA in Nigeria pursuant to the existing operational collaboration between the Fulanis and Boko Haram jihadists. This likely occasioned the prompt military intervention of the US to rescue him before he landed in ISWA’s hands.

Ex-captives of ISWA confirmed to us that among their fellow hostages in the terror camps were women kidnapped in Chad and sold to Nigerian terrorists.

The recent killing of the Alqaeda kingpin Al-Zawahiri by a U.S. drone in Afghanistan has likely increased the threat to Americans abroad.

It will be recalled that ISWA executed 11 Nigerian Christians at Christmas 2019 to avenge America’s killing of ISIS leader al-Baghdadi.

It is noteworthy that Boko Haram was affiliated with Alqaeda before Alqaeda‘s condemnation of its 2014 Chibok schoolgirl mass abductions caused a realignment to ISIS.

It is notable that American diplomats were present at both of the first suicide bombings by Boko Haram in the nation’s capital Abuja.

Given the entirety of the threat matrix, especially the fact that the terrorists were able to rescue their members from Kuje prison in the FCT, including the leader of the Ansaru terror sect that specializes in abduction and killing of westerners, it was inevitable that the US would have to take drastic measures to secure its citizens.

The mass evacuation of US Diplomats and family members by all available commercial flights and chartered flight was precipitous and unprecedented in Nigeria’s history.

It will be recalled that even during the Biafra civil war in the ‘60s, Americans remained in country including Peace Corps members until the Nigerian government ordered them out. Many of them are still living and hold reunion events in the US regularly.

It should be made clear that the current evacuation was not meant to embarrass Nigeria as is being claimed in some quarters.

Secondly, the US does not undertake such a massive logistical operation for the purpose of embarrassing a nation.

It is to be emphasized that even in the US right now, the government has issued an elevated security threat around next week’s midterm elections. Responsible nations prioritize security of their citizens and pets over propaganda.

The  Afghanistan-style evacuation is to be taken seriously as an indicator that rather than secure the nation, the Buhari administration has brought Nigeria to the verge of Talibanization.

It is instructive that the two times in recent history that the Americans came close to evacuation both involved Gen. Buhari.

In 2015, American diplomats were on standby for evacuation over concerns of a repeat of the 2011 Post-Election Violence orchestrated by Buhari’s supporters if he lost the election. The concession by President Jonathan defused the tension.

This time, rather than remain in the country to give a vote of confidence in his security apparatchik, Buhari absconded from Nigeria ostensibly to attend a vaccine conference in Korea, returned and then promptly departed on a two-week holiday to England.

Finally, even the COVID pandemic evacuation of all US embassies worldwide was not as sudden as last week’s evacuation. Even then some diplomats who elected to remain in Nigeria were permitted to do so.

We urge Gen. Buhari to return home and cancel all further overseas trips so he can frontally face the insecurity at home. It is unconscionable that he departed without having the decency to empower Vice President Osinbajo as acting president. Even the terror command structure is better organized.

We urge the US government to take seriously our repeated concerns about religious extremism and persecution in Nigeria that has metastasized to the point that American diplomats have now become Internationally Displaced Persons and to reinstate Nigeria’s CPC status. This evacuation is the unfortunate destination point of years of deceptive policy positioning. It is not too late to reverse course.

We commend humanitarians such as the ransomed American missionary who declined our offer of evacuation to the US due to her lifelong commitment to Nigeria.

We urge the Nigerian public to be vigilant and defend themselves as those for peace significantly outnumber those for terror.

Ekweremadu case worsens as EFCC moves to get his properties, but HURIWA kicks, says it is malicious