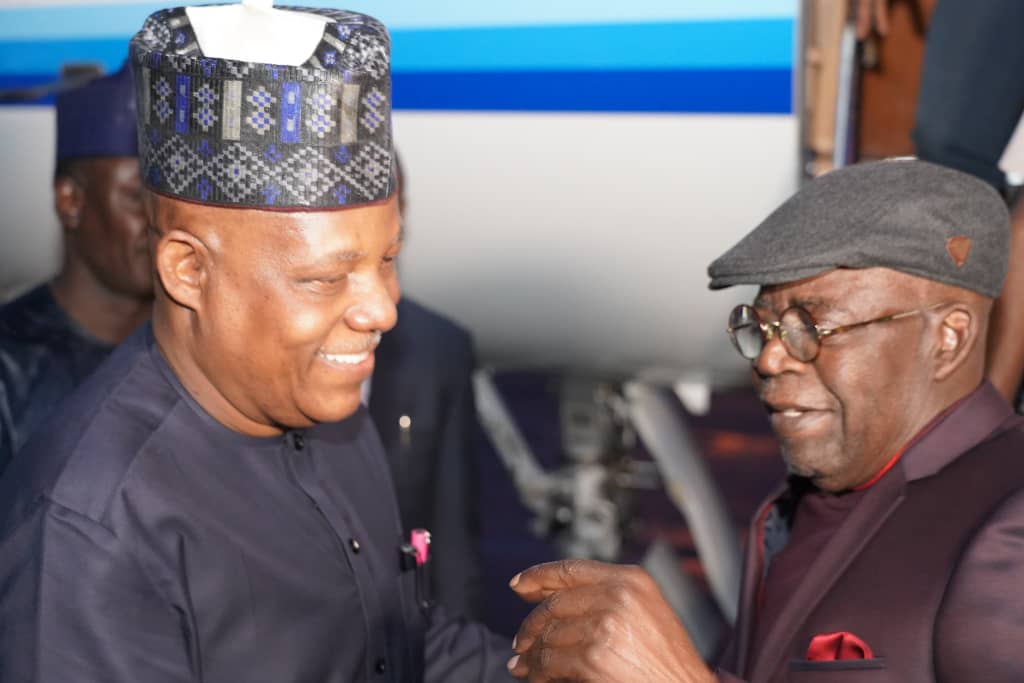 The presidential candidate of the All Progressives Congress, Bola Tinubu, has returned to the country after weeks in the United Kingdom.

The whereabouts of Tinubu have been the question on the lips of some Nigerians in recent days.

In a tweet on Thursday, presidential aide, Bashir Ahmad, said Tinubu had returned to Abuja.

He said, “Our presidential candidate, Asiwaju Bola Tinubu has returned to Abuja from London.”

The PUNCH had reported on October 3, 2022, that Tinubu explained he was strong and healthy while dismissing the rumour that he was dead. He also dismissed claims that he had withdrawn from the presidential race.

In a tweet accompanied by a video showing him working out on a fitness bike, he wrote, “Many have said I have died; others claim I have withdrawn from the presidential campaign. Well… Nope.

“This is the reality: I am strong, I am healthy and I am ready to serve Nigerians from Day One.”

He said Nigerians were misconstruing the issues at hand, adding that though Tinubu was the APC presidential flagbearer, he was yet to become Nigeria’s president.

With that, Keyamo said, the party, Tinubu, and the presidential campaign council would not be issuing press statements to explain the former Lagos State governor’s whereabouts.

▪︎ By The Punch