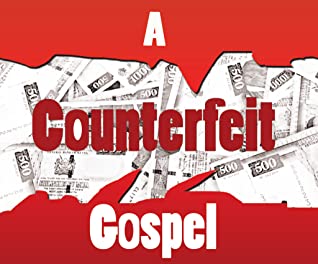 “They said to the soldiers, “Tell everyone that Jesus’ disciples came during the night and stole his body while you were asleep….The soldiers took the money and did what they were told. The people of Judea still tell each other this story”
*(Matthew 28:12-15, CEV)*

JESUS Christ has just risen from the grave. *What a great news of  victory and redemption. But the devil will have none of that*, he bribes the soldiers, who were witnesses, to distort the story.

*The gospel is not only God’s power and provision for salvation, but also His tool for building and expanding His kingdom on earth.* Distorting it therefore has remained the devil’s greatest weapon. And he rewards handsomely all who will cooperate and collaborate with him.

*“But even if we or an angel from heaven should preach to you a gospel contrary to the one we preached to you, let him be accursed”*.  (Galatians 1:8)

Can a British MP be treated the way Nigeria’s former deputy senate president is being treated now, ask Ekweremadu supporters

Buhari mourns with Suk-yeo over loss of 151 lives