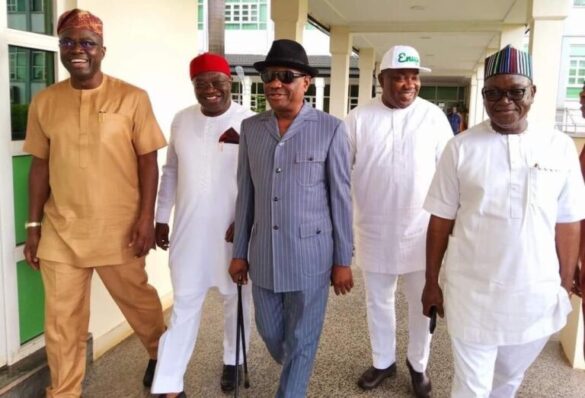 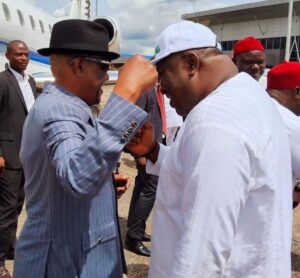 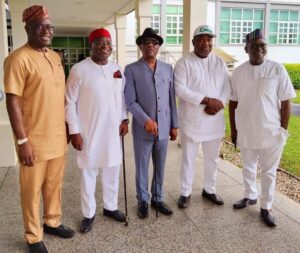 They were nowhere to be found as the Presidential Campaign Council of the main opposition party, the Peoples Democratic Party (PDP) was inaugurated and the party’s Campaign kicked off.

But on Sunday the photos of Governors Seyi Makinde (Oyo State), Samuel Ortom (Benue), Nyesom Wike (Rivers), Ifeanyi Ugwuanyi, (Enugu), and Okezie Ikpeazu (Abia) emerged. They were said to have had a ‘crucial meeting in Enugu, which details were not given; but may not have been unconnected with the push to have Dr. Iyorchia Ayu, the PDP National Chairman, resign for a southerner to take his place.

The five “musketeers’, it is generally believed, are opposed to former Vice-President Atiku Abubakar, from the North-East being a presidential candidate, while the party Chairman, Ayu, from the North-Central, is from the same Northern region.

A cat and mouse game has been on with the governors leading a formidable pack of fellow influential sympathisers. They include several former Governors, ministers, and board of trustees members that cut across the two regions of the country.

The governors met in Enugu amid speculations that a major middle ground has been reached and would be unfolded this week.