Muslim converts to Christianity in Europe face ‘persecution’ from family and community: report 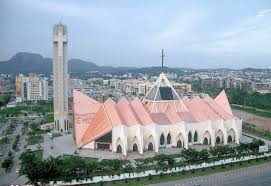 The European Centre for Law and Justice (ECLJ) issued a report in July about the persecution of former Muslims in Europe that estimates between 4,000 and 30,000 people in France alone face persecution for converting from Islam to Christianity.

“The overwhelming majority of people who leave Islam to join Christianity experience family and communitarian persecution that varies greatly in intensity, from contempt to violence,” the report states in regard to converts in France.

The extent of the persecution can go as far as murder, according to the report.

“Some Islamists carry out intimidation and intelligence campaigns to seek out and repress converts,” the report stated. “It may therefore happen that a convert is discovered and threatened, assaulted, or even killed by an Islamist who they did not even know.”

To prepare the report, ECLJ spoke with several associations from France, Belgium, the United Kingdom, and Austria that are involved in supporting those leaving Islam and evangelizing Muslims. In addition, extensive interviews were conducted with more than 20 former Muslims.

Even though sharia law is not officially in practice, it may still be executed “if a local Muslim community is sufficiently large and radicalized.” Leaving Islam for another religion represents apostasy, which is “violently condemned” in the Koran and hadiths, the main source for moral doctrines in Islam. These texts justify the “physical and moral persecution of converts,” according to the ECLJ report.

The parents of a convert also face pressure to expel their child since they “may also be persecuted if they tolerate their children’s conversions, since as educators they are deemed responsible for their ‘betrayal.’”

All converts who spoke with ECLJ experienced at least contempt and verbal aggression as well as threats and intimidation and rejection by their families. But the persecution for some was more severe.

Young women face worse persecution as they bring dishonor to their families in the eyes of devout Muslims. They may be raped, forced to marry a “devout Muslim” or kept in confinement until they return to Islam, according to the report.

Moreover, the report documents a former Salafist Muslim who converted to Christianity and confirmed the existence of “actual ambushes.” “Several Muslims from the local community, with or without family members, wait for the convert in the street and beat them, sometimes to death, usually with their fists, iron bars, or knives.”

Most converts that were interviewed by ECLJ say that they live alone, isolated from their family and Muslim friends. They still fear persecution, though, including murder, by Islamists such as the Salafists or the Muslim Brotherhood.

The testimony of Sabita James, a woman of Pakistani origin living in Austria, shows what Christian who choose to follow the gospel of Jesus Christ face. ECLJ quotes a statement from her book in the report:

My head was clearly telling me, ‘Sabatina, your parents are already angry that you don’t want to marry Salman. How will they react if you renounce Islam? How will you live without your family? I shuddered at the thought of losing them, and I knew that if I turned to Jesus, all ties to my family would be cut.

Furthermore, the ECLJ document addressed the problem of Muslim migrants attacking Christians and Christian churches. “It is an increasingly common public security challenge in Europe that Muslim immigrants loot/damage Christian churches in the name of Islam,” the report states, citing a report from Budapest about Christian persecution in Europe.

ECLJ mentions an incident in Nanterre, a suburb of Paris, that occurred on December 8, 2021, during the celebration of the feast on the Immaculate Conception. During a Catholic procession, Muslims started insulting the participants: “This is not a cathedral… you are kuffars [unbelievers], miscreants… get out, you don’t belong here.” The tensions rose and a group of Muslims threatened the Catholics by saying: “Wallah [I swear] on the Koran, I’ll cut your throat.”

Furthermore, the report found that in all European countries, particularly in Germany, organizations that deal with the persecution of Christians on other continents usually are “little or not at all concerned with persecuted Christians in Europe.”

“It is certain that the situation for an ex-Muslim who became a Christian is much more difficult in Pakistan or Nigeria,” the document continued. “Yet, the situation is becoming really worrying in Europe and awareness has to be raised in the world of associations for the

The ECLJ concluded its report by calling for “public inquiries by the Ministries of the Interior” in order to “shed light on these converts and to obtain more accurate statistics in order to better understand this phenomenon in France and in Europe.”

Will you let God do what He wants to do in your...

Get into God’s good book

Our memories, our miseries?

The name of Jesus, our sure banker