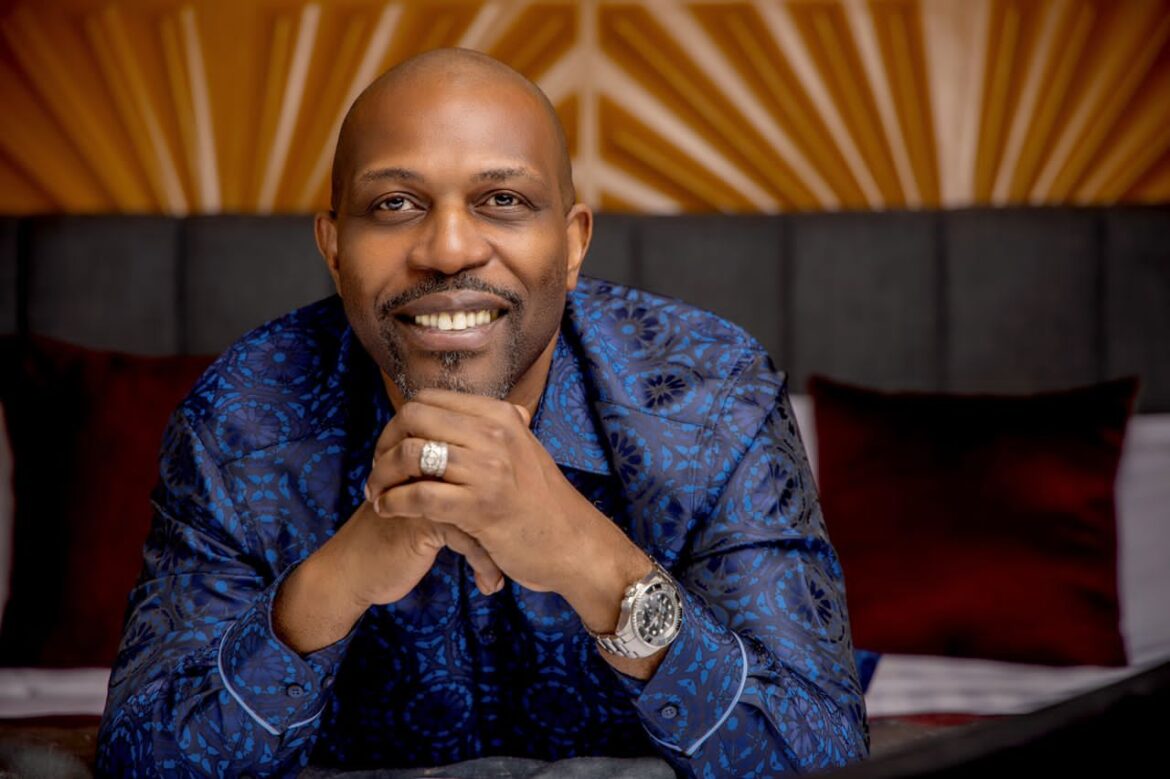 Prince Tonye Princewill a Rivers State politician, business magnate, filmmaker and philanthropist. Not too long ago, he resigned his membership of the All Progressives Congress APC. In this interview, he made his views known to journalists on number of current national and Rivers State’s political issues, and why he will still support Tonye Cole

Q: Sir, campaigns have started, what is your take on the peace accord recently signed by only six governorship candidates in Rivers State where PDP’s candidate was absent. Recall that a similar situation played out before the 2019 poll, when Wike did not turn up for a peace accord signing ceremony by parties.

Well, I’ve just returned and I don’t have the full facts, but you and I know these peace accords are a symbolic gesture. We’ve done this several times and every time we’ve still gone ahead to face a violent election. Was there any consequence after that? No. Soldiers were killed; police, not to mention several civilians. So am I surprised if some don’t take it seriously, especially the PDP? The answer is, no. Politicians do not respect law enforcement or the judicial system. What they respect are winners. This win-at-all-cost mentality is what people respect. Win, and maybe even the security agencies and the judiciary, will respect you.

Q: Peter Obi’s movement appears to have changed the voting demographics ahead of the 2023 elections. What are your predictions?

It’s too early to make predictions, so let us be careful. Having said that, let me qualify what I see. If we took the election picture as it is now, I see the likelihood of a runoff, yes, as things stand. But this is too early and a lot will, not can, happen in five months. For obvious reasons and I have made myself clear, I don’t want to see a Muslim-Muslim ticket in the Villa, but if we are not careful, the potential in a Peter Obi or an Atiku, that is not fully utilised, will lead us to a Tinubu as President. Why do I say that? PDP strongholds in the South-South and the South-East and Middle-Belt which are ordinarily Atiku bases, will now be split between Atiku and Peter Obi. One is taking the votes of the other. That means, underestimate Tinubu at your peril. We found this out the hard way. Underestimate Atiku at your peril. Wike found this out the hard way. And underestimate Peter Obi and his youths, at your peril and you may find out the hard way too. Neither of these men rely on their fellow men.

Q: You are yet to declare for another political party after resigning your membership of the APC. Why?

No. I have not joined any party since I resigned from the APC and I’m not in a rush to do so, either. Leaving APC very fast was the 1st priority and I’m especially glad that I did so. It was important for me to send a message to the nation. My focus now is on candidates and not on their parties. Fighting for our future is not a game. Where we come from, it’s often life and death. I like fighting, but I’m tired of fighting with people who are not interested in the things that matter to me. People, public relations, media, youth unemployment, rural women & girls empowerment, creative industry, job creation, skills development, SME access to credit and finally tackling insecurity.

I’m tired of fighting with people who do not have a common ideology that provides a clear basis for policy positions on the key issues. Why then are we gathered, if not to make a difference in the lives of others? What is the point? Since birds of the same feather flock together, or as Patrick Obaigbena would put it; “avian species of identical plumage, congregate.” I refuse to congregate with species that do not have my plumage. Maybe I will wait for the era of independent candidates or a party that defines an ideology and defends it. A party that is truly bigger than its candidates.

Q: There has been this recurrent spate of kidnappings and insecurity on the Emohua Kalabari route. As a Rivers son, particularly from the Kalabari area, what do you make of it? What should be done?

Q: Just a few things, create jobs and install military checkpoints that are covered by mobile patrols. Before you do this carry out a clean sweep of the area with the help of credible local intelligence. The local government chairmen of the three Kalabari LGAs and Emohua should be involved.

Q: Gale of defections have continued to hit your former party with a few key members of the party moving to PDP and other political parties. Why is it so and what is the solution to it?

Q: I can’t say for sure why it is so; I am not a big fan of just identifying the problem. I am more interested in solutions, which is why you asked a good question. It’s not my party any more, but those who remain, have a responsibility to find out what the solutions are, so as to apply them ASAP. One thing I learnt from Tinubu and Atiku is after every setback, they do a post mortem to analyse how to fix what went wrong. The objective is not to make the same mistake twice. Rivers APC should avoid abusing the defectors, focus on the why and look within. Then create the environment for not only people to stay, but others to come to them.

Q: The PDP candidate, Sim Fubara, is an Ibani son from the Riverine dichotomy. Going by the 2014 electoral statistics, all the votes from the riverine areas cannot match up with that of Obio/Akpo alone which is regarded as the stronghold of the PDP. What in your opinion is the string APC or any other party would pull to upset the PDP next year?

Q: Good question, but it’s directed at the wrong person because I have no way of knowing what the intricacies of the APC or any other party strategy will be. What I can say though, is that anybody can be beaten, nobody is invincible. Even Goliath. What it takes is courage, conviction, planning, timing and execution. If APC in Rivers does that which it is supposed to do, they will win. But if they don’t, they will lose. Going by the premise of your question though, the candidate in Rivers might as well always come from Obio Akpor. The high numbers are not real and the number of riverine people living there is not captured. Whoever gets 400,000 votes in Rivers state will win it.

Q: There is an allegation that APC in alliance with INEC have commenced the process of rigging the 2023 elections by transfering the manufacturer of the BVAS machine from Abuja to Enugu, sudden award of N48b surveillance contract to Tompolo, a man that was initially declared wanted by the FG and finally the allegation by CUPP of infusion of a fake v

I have heard these allegations and also the rumours. When I was a member of the APC, I was aware that the party leadership went to see Buhari to discuss strategy and he was crystal clear that it would be a free and fair election and so he would not interfere with the process. INEC is responsible for its conduct and the world, Nigerians and the youths will be watching. The election is likely to be tight, so any missteps will be the origins of a potential crisis. And INEC will be held responsible. I believe they know that. A word is enough for the wise.

Q: Nigeria is 62 now, what is your assessment?

I’d rather not use language that is that incendiary. Nigeria, as I see it is a big ship that is slowly going astray. It’s drifting. And it is my opinion that Feb 2023 is really going to be the last opportunity to redefine a new future for ourselves. It will take a lot of very smart people who are ready to do a lot of very hard work, for us to see a Nigeria that we can be proud of in our lifetime. If we get it right, we will see the signs before our next Oct 1st.

Q: There is a trend of political parties selecting anointed candidates as against the choice of party members. How has this affected your interest in politics, knowing that you just resigned from the APC after failing to secure the party ticket?

Correction, please. I did not resign from the APC after either failing to secure the Governorship ticket nor after failing to secure the Presidential ticket. On both occasions, I issued statements of support to the party’s candidates, in spite of my obvious dissatisfaction with both outcomes. One must learn to live and let live. It must not always be you or your candidate. As for the anointing of selected candidates, it was done by a transparent process that involved everyone. The fact that some that were involved in that process are now regretting it, is a matter for them. I resigned purely because of the Muslim-Muslim ticket. Under this electoral act as amended, the popularity of party candidates cannot be overlooked. They have five months to appeal to their constituents. Let us pray the process is peaceful and the outcome is popular.

Q: Who will you be supporting for Rivers State Governor and why? What qualities does the candidate have?

I will be supporting Tonye Cole. I said I would in the beginning and nothing has led me to go against my word since. Not even my resignation from the APC. He is a breath of fresh air and a very marked change from the status quo. His international reach and business experience will help us create jobs, create the atmosphere for businesses to thrive and move our focus from simply using youths to win elections to building our youths up to win for themselves and their families. He is a man of peace and is happy to work with all sides, different factions and all Rivers people, indigenes and non indigenes alike. Yes, he is new to politics and he is not spending cash like he should, but he will learn and is ready to do so. Rome was not built in a day. So let us bear with him so that he can bear with us. Because we will need people like him, to bear with our children.

My prayer for our democracy