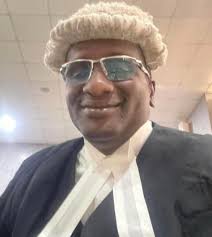 He was there for the President at the onset of his re-election bid in 2019, and having been a Senior Advocate of Nigeria (SAN), he became the first of the new crop of silks to be congratulated by President Muhammadu Buhari.

Buhari’s officially congratulated Sunusi Musa Esq., a youth activist who just got elevated saying that his accomplishments will inspire the nation’s youth.

Sunusi, who led hundreds of young men and women, under the aegis of Nigeria Consolidation Ambassadors Network, to raise N50 million to procure the nomination form for President Muhammadu Buhari’s rerun for office on the platform of the All Progressives Congress, APC, in 2019, is among the recent batch of SANs approved by the Legal Practitioners’ Privileges Committee.

President Buhari described the conferment of the SAN on Sunusi as “a big honour and a matter of pride for you and the nation’s youth who look at emerging leaders like you with hope. This will definitely create a positive vibe among the young men and women in the country.

“It is a huge honour and responsibility upon you; a reflection of your personal qualities as a lawyer and a good citizen. Best wishes for you and your future endeavours,” the President was quoted as saying by his spokesman, Mr. Garba Shehu.