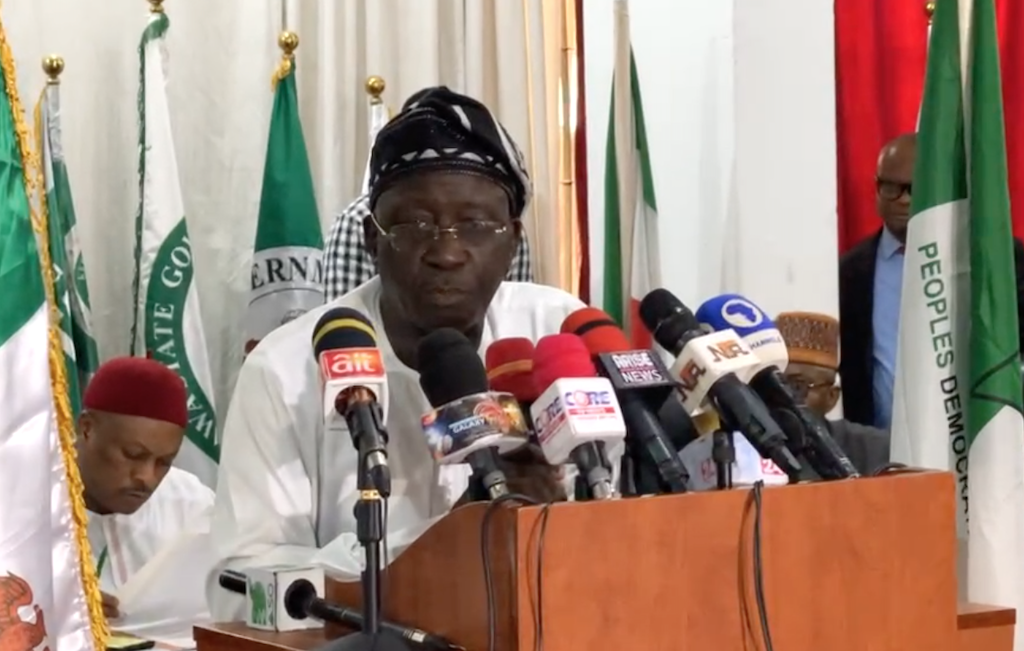 From Arusha, Tanzania, Information minister Lai Mohammed has fired a salvo at the main opposition party, the Peoples Democratic Party,  saying it will be impossible for the party, which held the reins of power for 16 years, not to loot the national treasury if it wins the 2023 presidential election.

Quoted in agency reports, the minister, weighing in on the embarrassing in-fighting in the PDP over N100 million “housing allowance”, said,

“if a man can steal from himself, he will steal without any restraint from other people. The problem is that PDP will never change, and like they say, a leopard will never change its spots….

“When PDP lost elections in 2015, they admitted that they had learnt their lessons, but obviously, they have learnt nothing. God forbid, if they ever have access to (the) public purse again, they will leave no kobo there….

“We know what we met when we assumed office in 2015. We are still wailing about it.

“We hope Nigerians have now seen from this scandal the intention of PDP if they ever have access to the public treasury.’’

Mr Mohammed said certain questions should be raised about the scandal, including what informed the payment in the first place and if it was the first time such money was paid.

He also said the party should be questioned about the source of the money and whether it was from the slush fund it had in its possession.

He recalled that no fund was ever paid into his account as a member of NWC of the then Action Congress of Nigeria (ACN) and later APC.

“Never did I remember that any form of money, call it, accommodation, or whatsoever, was ever paid into the account of any member of the NWC of either ACN or APC,’’ he said.

In a desperate bid to explain the scandal which broke two weeks ago, the PDP had issued a statement after its NWC meeting.

Its National Publicity Secretary, Debo Ologunagba, in the statement said, ‘’The National Working Committee of the Peoples Democratic Party at its meeting on Tuesday, October 4, 2022, thoroughly examined the strange publication by a particular newspaper which reported that the Housing Allowance legally paid by the party to its National Officers was a bribe.

“The NWC also established that the payment passed through due process procedures of the Party by all extant financial regulations and payment approval processes of the party.

“It is also instructive to state that the National Officers who returned their Housing Allowances equally confirmed and affirmed at the meeting that the payment was not a bribe but their due entitlements in line with the Conditions of Service and Entitlement of the Staff and Principal Officers of the party.

“The NWC resolved to conduct an extensive investigation into the circumstances surrounding the said publication in The Nation newspaper of September 26, 2022, which was targeted to cause disaffection among members and stakeholders of the Party as well as bring the Party to disrepute before our teeming supporters all over the world, particularly in an election year.

“Consequently, the NWC has set up an Investigative Committee headed by the National Legal Adviser to conduct an inquiry into the source of the said malicious and injurious publication contained in The Nation newspaper of September 26, 2022.”