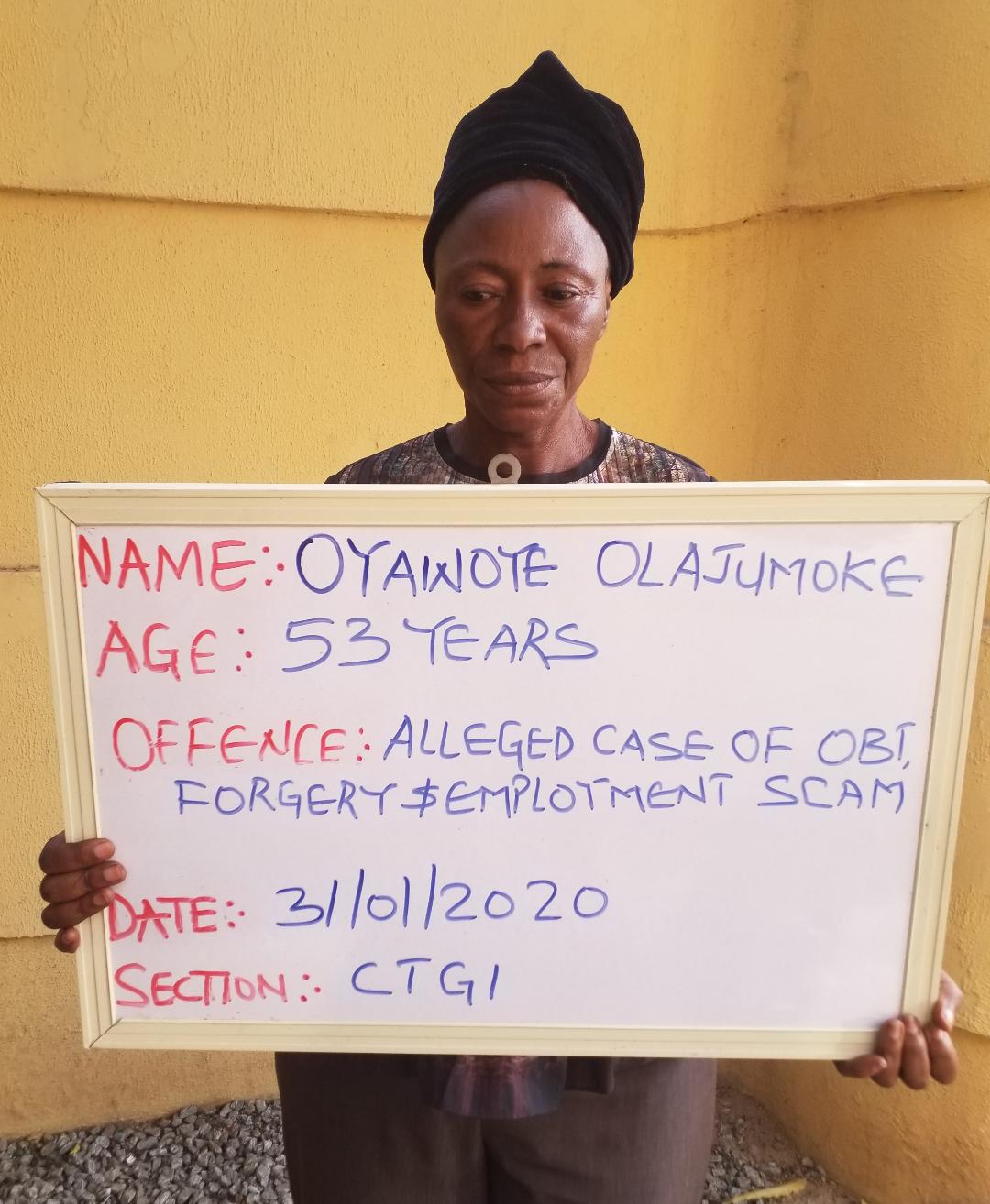 Fafemi,  a staff of Kwara State Ministry of Finance,  was arraigned  before Justice Mohammed Sani of the Federal High Court, sitting in  Ilorin on Monday, September 26, 2022 on four -count charges,  bordering on employment and Hajj pilgrimage scam.

The defendant was accused of collecting various sums of money from 23 members of the Christ Apostolic Church in Offa, Kwara State,  under the guise of helping them secure employment in the  Kwara State Civil Service Commission and Federal Government Parastatals.

Investigations  revealed that Fafemi issued employment letters to her victims. The letters stated that her victims had been employed by Kwara State Government and Federal Government,  with their grades and salaries  stated. However, those letters  were later discovered to be fake.

Count one of the charge reads: “That you, Oyawoye R. Olajumoke Fafemi between the month of April and September 2019, in Ilorin, within the jurisdiction of this Honorable Court, with intent to defraud, obtained the gross sum of N2,000,000.00 (Two Million Maria Only) from one Moronfoye Solomon Daramola under the pretence that you will secure government employment for his church members; a representation you knew to be false and thereby committed an offence contrary to Section 1 (1) (a) of the Advance Fee Fraud and other Fraud Related Offences Act, 2006 and punishable under Section 1 (3) of the same Act”

Count four reads: “That you, OYAWOYE R. OLAJUMOKE FAFEMI between the month of May and August 2019, in Ilorin, within the jurisdiction of this Honourable Court, with intent to defraud, obtained the gross sum of N700,000.00 (Seven Hundred Thousand Naira Only) from one Adeoti Kamoru under the pretence that you will secure Hajj Pilgrimage visa for him; a representation you knew to be false and thereby committed an offence contrary to Section (1) (a) of the Advance Fee Fraud and other Fraud Related Offences Act, 2006 and punishable under Section 1 (3) of the same Act”.

Fafemi  pleaded not guilty when the charges were read to her.

Based on her pleas,  prosecuting counsel, Andrew Akoja,  urged the court to give a trial date to enable the prosecution prove its case.  Defence counsel, A.T Yusuf,  however,  prayed  the court to grant his client  bail,  pending the hearing and determination of the case.

Justice Sani  granted  Fafemi bail  in the sum of N2 million and  two sureties in like sum . The defendant was  ordered  to deposit  two of her passport photographs  with the court.

The judge adjourned the matter to  November 17, 2022 for commencement of