Copyright 2021 - All Right Reserved
Home Business We will deal with you, FG tells foreign airlines selling tickets in dollars
Business

We will deal with you, FG tells foreign airlines selling tickets in dollars 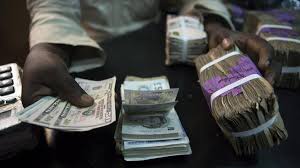 Baring its fangs, the Federal Government has threatened to deal with foreign airlines that are selling air tickets to Nigerians in dollars.

The Minister of Aviation, Hadi Sirika, on Tuesday after the Federal Executive Council (FEC) meeting, also cautioned the airlines to stop writing sensitive issues on their social media accounts.

He warned that the government will no longer condone actions in violation of the laid down laws, as any airline found in breach will be dealt with appropriately.

Sirika said: “I want to use this opportunity to say that reports are reaching us that some of the airlines are refusing to sell tickets in naira. That is a violation of our local laws, they will not be allowed. The high and the mighty amongst them will be sanctioned if they’re caught doing that.

“NCAA has been directed to swing into action and once we find any airline violating this, we will definitely deal with them. Also, they blocked the travel agents from access. They also made only the expensive tickets available and so on and so forth.

“Our regulators are not sleeping; we have a very vibrant Nigerian Civil Aviation Authority. Once they find any airline guilty, that airline will be dealt with because we need to protect our people. It is according to our agreements, to what we have signed and this is according to international convention.

“So going forward, they should desist from doing things that are outside of the law. They should also desist from writing to us and putting things on social media. They should go through diplomatic channels if they want a response from the Federal Government,” he warned.

Recall that the International Air Transport Association (IATA), disclosed that foreign airlines were been owed $465million of unrepatriated revenue trapped with the Central Bank of Nigeria (CBN).

Shortly after, the Emirates Airlines indicated that it would withdraw operations in Nigeria from September over $85million. It backed down following the release of $265 million by the CBN released $265million to the foreign airlines.

Turkish Airlines said it will charge the highest fare for economy and business class tickets.

The Minister recalled how foreign airlines made over $1.1billion from Nigeria in 2016, during which President Muhammadu Buhari’s administration cleared the $600million inherited from the Goodluck Jonathan government.

He said that so far, the CBN has released $265million out of $484million unrepatriated revenue due to them.

He said: “Today, we had two memoranda in front of Council, both of which have been approved graciously by council. Memo number one is to do the Bilateral Air Service Agreement between the Federal Republic of Nigeria and the State of Kuwait.

“That memorandum has been approved that we should sign the Bilateral Air Service Agreement with the State of Kuwait. And of course, this is in line with the provisions of the International Civil Aviation Organisation’s requirements in line with the convention of December 7, 1944, to which both countries are signatories.

“It provides reciprocal rights and privileges for both countries and airlines therefrom.”

An elderly woman’s anguish for decades