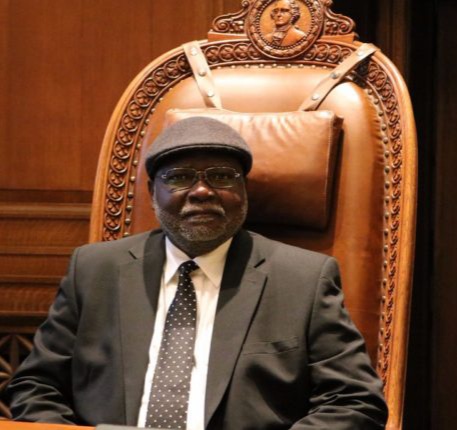 The under-funding issues which have dogged the apex court of the country, which justices lamented over and which may have fast-tracked the departure of former Chief Justice Tanko Muhammad following a petition by his colleagues, are still unresolved, Justice Olukayode Ariwoola has told the Senate.

The new CJN made the disclosure while fielding questions from lawmakers at his confirmation hearing. He was confirmed on Wednesday by the Senators.

Responding to comments by the Deputy President of the Senate, Ovie Omo-Agege and the Chairman of the Senate Committee on Judiciary, Senator Opeyemi Bamidele, on the petition written to Justice Mohammed Tanko by 15 other Justices of the Su­preme Court in June, 2022,  the new CJN said

the leakage of the memo written by himself and others was an embarrassment.

“We, the Justices, were embarrassed when we read con­tent of our memo in the papers. It was never intended to be for public consumption since the motive behind the memo was not to fight or bring down anybody.

“When the hand written memo was signed by all the Jus­tices, we didn’t allow anybody to see it. Making its leakage to the media was a miracle to us.

“Most of the issues raised in the memo are still not attended to. This is due to the situation of lack of fund and poor funding of the Supreme Court in particular and the Judiciary generally,” he said.

Recall that shortly before Muhammad’s departure from the highest judicial office, he had replied to the memo written by his fellow Justices, accusing him of depriving them of good working conditions. He admitted that the economic crunch in the country was responsible for the court’s inability to meet all the demands made by his fellow justices.

Everyday.ng reports that Muhammad admitted that the Supreme Court, like any other establishment in the country, has been hit by a devastating economic crunch.

As a result of this, the CJN said that the leadership of the court, under him, could no longer meet some of its obligations to justices, especially in the area of welfare.

He, however, said that the memo sent to him by the aggrieved Justices notwithstanding, there was no rift between him on one side and Justices of the court on the other side.

A statement issued by his Special Assistant on Media and Strategy and entitled “State Of Affairs In The Supreme Court And Demand By Justices Of The Supreme Court” reads in part “The Chief Justice of Nigeria, Hon Justice Ibrahim Tanko Mohammad would wish to confirm receipt of letter written and addressed to him by his brother Justices of the Supreme Court Bench.

“Judges in all climes are to be seen and not heard, and that informed why the CJN refrained from joining issues until a letter, said to be personal, is spreading across the length and breadth of the society.

“The Supreme Court definitely does not exist outside its environment, it is also affected by the economic and socio-political climate prevailing in the country. Besides that, the Apex Court has to a larger extent, been living to its constitutional responsibility.

“When a budget is made, it contains two sides, that’s the recurrent and the capital, yet all the two are broken down into items. The Federal Government releases the budget based on the budget components. And it’s an offence to spend the money meant for one item for another.

“Take for instance, the Supreme Court budgeted this year to re-roof and rehabilitate its complex built over 30 years  ago and that is being done.

”The work on the extension of the complex is near completion, the esthetic lawns and cleanness of the perimeters are being well kept, and security and water supply are adequately provided for his brother Justices in their offices and residences.

“During the period of pandemic, a profound and extra-care was maintained to avoid causalities among them as well as the staff generally. It would have amounted to an act of irresponsibility to divert money meant for the above for otherwise.

“The accusation so far, in summary is that more or all ought to have been done and not that nothing has been done; which is utopian in the contemporary condition of our country.

“Before eight new Justices were appointed in 2020 onto the Apex Court bench, there was no additional budget to provide new chambers with equipped library, legal assistance, residential accommodations and logistics for them.

“The Apex Court has to make do with the resources at its disposal to meet their needs over time. All the Justices of this Court has at least a legal Assistant, except some may opt for more.

“One of the CJN’s legal Assistants (now Justice Aina) was appointed to Abuja FCT High Court last month, while another (Barr Ramatu) died three months back. Generally the Judiciary is looking up to recruitment of more legal assistance and other supporting staff this year.

“Besides, two Supreme Court Justices died within the period under consideration. Both the four retirees and the two departed cost the court some funds in the forms of gratuities and allowances.

“Two weeks ago, eight Supreme Court Justices were nominated for a workshop in London as the court cannot take all of them there at once otherwise the job would suffer. They would be going in batches.

“Accommodations are being gradually provided for the few that are yet to get. There is none of the Apex Court Justices without SUV and back up cars. If any of them were purchased but refurbished, the external and internal auditors are here in the court to take those that bought them up over it.

“The high cost of electricity tariff and diesel are national problem. The Chief Registrar might have budgeted for N300 per litre but diesel is now selling for over N700 per litre and therefore has to find a way around it without even bringing it to the attention of the CJN. But there is no way the generator would be put off if the Court is sitting.

“The amendment of court rules is on the process, it has to be critically reviewed to avoid conflict with the constitution and other extant laws. Not all the CJN has reviewed the rules in the past. Within the three years his brother Justices mentioned came the pandemic and the judiciary workers’ strike.

“The internet services have been restored to Justices’ residences and chambers, just as some allowances have been paid to them. The CJN held a meeting with his brother Justices last Thursday and another one is due to hold this week.

“The general public should be rest assured that there’s no hostility or adverse feelings amongst the Justices of the Supreme Court, as everyone is going about his normal duty.”

In the memo by the aggrieved justices, they lamented issues having to do with vehicles, electricity tariff, supply of diesel, Internet services to their residences and chambers, and epileptic electricity supply to the court.

“At the Justices meeting, we intimated your Lordship that some Justices sworn on the 6th day of November 2020 were yet to be accommodated by the Court.

“Your Lordship promised to take up the issue that day. To date, Your Lordship has not taken any step in this direction,” they wrote.

On the issue of overseas training, the justices accused Muhammad of gallivanting with his “spouse, children and personal staff,” while depriving the rest of the judges of the Supreme Court of such.

“We DEMAND to know what has become of our training funds, have they been diverted, or is it a plain denial?”

“(Since) your Lordship’s assumption of office, Justices only attended two workshops in Dubai and Zanzibar. They were not accorded the privilege of travelling with accompanying persons as was the practice,” they added.

In a report by Premium Times, the justices decried the lack of legal research assistants, despite the magnitude of cases being adjudicated.

“We are confronted with various complex legal issues of national significance with the addition of time-bound matters coming in between our regular Court sittings. We require qualified legal assistants in order to offer our best. This demand has not been accorded any attention by the Honourable Chief Justice.”

They pointed out that “healthcare has deteriorated” with the Supreme Court’s staff clinic becoming a “mere consulting clinic,” where “drugs are not available to treat minor ailments. There is a general lack of concern for Justices who require immediate or emergency medical intervention.”

On the issue of rules of court, the justices said the CJN has withheld his assent to “Rules of Court for almost three years now,” thereby slowing justices’ productivity in dispensing with cases, adding “we strongly believe the new rules will aid speedy dispensation of justice.”

On erratic electricity supply, the justices said they have been confined to work between the “hours of 8 a.m and 4 p.m daily, for lack of diesel,” after they were notified of the development by the Supreme Court’s Chief Registrar, Hajo Bello.

Lamenting the implications of Ms Bello’s memo of shutting down power supply by 4. p.m, even when justices have judgements and rulings to write outside of office hours, they said: “The implication of this memo (on power shutdown) is that the Justices must finish their work and close before 4 pm. Your Lordship with all due respect, this is the peak of the degeneration of the Court; it is the height of decadence and clear evidence of the absence of probity and moral rectitude.”

Drawing a comparison between the two other arms of government– Executive and Legislature, the justices said: “The Supreme Court is the seat of the Judiciary as an arm of government.”

Urging the CJN to take full responsibility for preserving the dignity of the apex court, the justices said: “We must not abandon our responsibility to call Your lordship to order in the face of these sad developments that threaten our survival as an institution. We have done our utmost best to send a wake-up call to Your Lordship. A stitch in time saves nine.”

They added that should Mr Muhammad fail to address their concerns, “we will be compelled to (take) further steps immediately. May this day never come.”