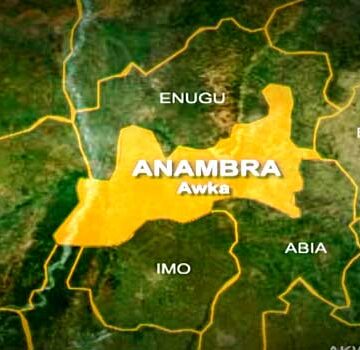 It’s so dire that he has not been meeting up his obligations, particularly after his losses incurred in the Nov 6, 2021 governorship election in the state.

The ex-governor, a former Senator, once wielded so much in the nation’s seat of power.

He attributed his very poor financial status to the huge money he spent in last year’s poll in Anambra state.

According to him, he would not be able to meet up complete payment of his judgment debt to a business mogul in the state, who he’s owing a substantial sum.

Consequently, the  former Senator, in his 41-paragraph affidavit said he will face extreme hardship, if compelled to pay the total judgement debt.

He stated that his financial downturn and the poor state of the nation’s economy
were some of the factors that now placed him in a poor financial position, reasons he could not pay the whole debt at once.

The ex-governor whose tenure was very shortlived, pleaded for time to repay the loan.

He offered to pay instalmentally on a monthly basis over a period of four years adding that he had already paid two million naira as part payment of the judgement debt.

The ex-governor, in his motion with the supporting affidavits, is seeking an order of the court to stop further execution of the judgement-debt of the court.

The judgement creditor had further filed a motion seeking order of the court to auction the properties  recovered from the residence of the ex-governor.

Further hearing on the matter has been adjourned to next month.