Copyright 2021 - All Right Reserved
Home Opinion Governor Abubakar Sani Bello: The man of the year awardee and the clutch on the burden of democracy
Opinion

Governor Abubakar Sani Bello: The man of the year awardee and the clutch on the burden of democracy 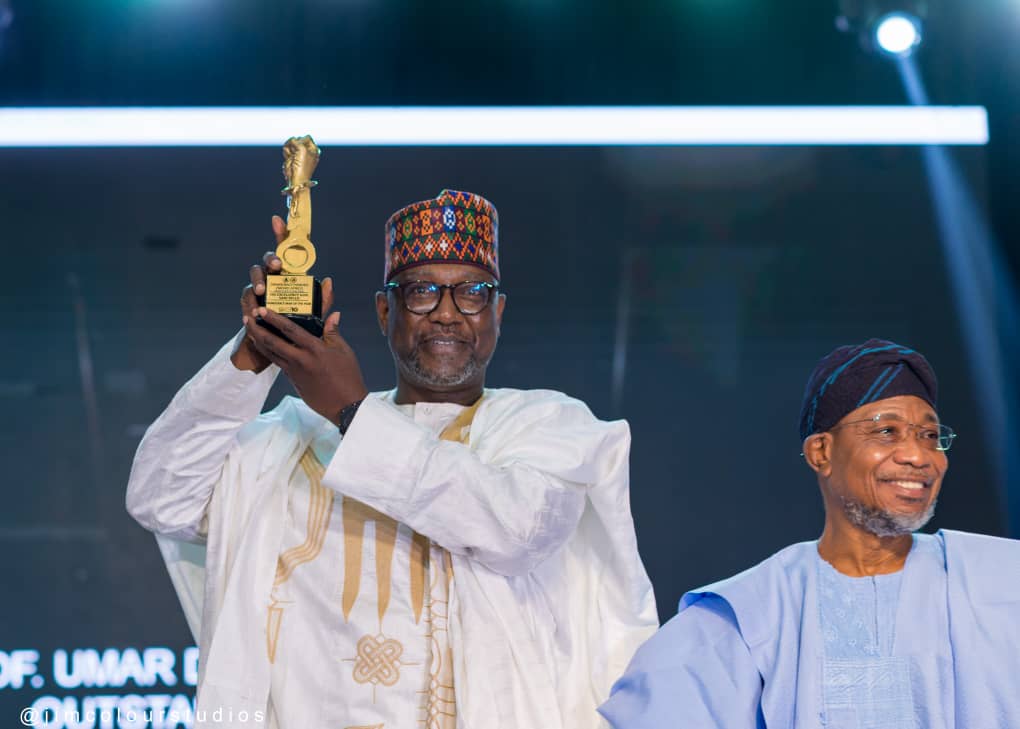 A time-tested saying goes “The reward for hard work is more work.” But over time scholars went further to say “Hard work from more work comes with progress and subtle rewards” Throughout history, awards, accolades and honours have served as motivation to give more in service to the advancement of humanity.

As a man of honour, Governor Sani Bello holds close to his chest, the burden of democracy, which he has overtly demonstrated in words and deeds.

That’s why the Man of the Year Award is not coming to many as a surprise. Rather, it would have been a surprise, if he didn’t clinch the Award. Democracy considered a work in progress as aptly captured by Sani Bello, while accepting the “Heroes of Democracy-Man of the Year Award ” opined that Democracy is difficult but very important as it guarantees peace, fairness and equity if its tenets are adhered to religiously” As a fulcrum of every striving democracy, Sani Bello has not at any fora, minced words in advocating the autonomy of local government council Chairmen to run their affairs without interference. According to him, “In every workable democratic system, stakeholders should allow the Local Government Councils to run their affairs financially and administratively to bring the dividends to the electorate”.

Governor ​Bello is of the believe that “though some people might express concern over the capacity and financial prudence in the administration of local government areas, they should be given a chance as stipulated  in the constitution believing that they will improve with time and consequently reduce pressure on the state governments.

As a matter of fact, if the administration at the local government level is being operated the way it should, there will be less pressure on the states.” Its indeed without doubts that the Award conferred on Governor Bello is not coming as a surprise as he has continued to champion the cause of democracy at every front?

It suffice to lay an example that Governor Abubakar Sani Bello upheld the rule of law as a principle of Democracy in Niger state during the local government election in 2019 where a People’s Democratic Party, PDP candidate in Magama was voted and declared winner of the election and the APC wanted to approach the court to challenge his victory but the Governor prevailed on them to let go and allow the will of the people stand.

He subsequently swore-in the PDP candidate as Chairman of the local government. Also records abound that, most of the All Progressive Congress (APC) governors, were instrumental to the emergence of the governorship candidates in their states.

The trending political ideal of endorsing a loyal successor who will continue to protect their interests, long after they must have left office has always been a reason for the desperation if high jackers of democracy.

On the contrary in Niger State, Governor Sani Bello set an indelible example by allowing a leveled playing field for all aspirants. Free and fair party primaries were held and without a doubt, this ideal is one of the most important building blocks of strengthening democracy. Little wonder that the post party primaries in Niger State APC were rancour-free and a shining example for the rest of the country as there was no imposition of candidates or political power influence of any kind.

By allowing a free and fair process, Governor Sani Bello has given the party stakeholders in the state the opportunity to ventilate their preference.

This is another reason Governor Bello is deserving of the “Heroes of Democracy -Man of the Year Award” Unlike in other states, where political appointees are cautious in open endorsement of their preferred candidate, Under Gov Sani Bello, appointees had the liberty to openly support aspirants of their choice without harassment.

Appointees canvassed for support for different aspirants. To Sani Bello, politics should be left at the level of fair debate, where superior idea prevail.

Governor Bello’s abhorrence of godfatherism came to the fore when he described the trend as archaic and breeds ineptitude describing the people’s liberty to choose their leaders as critical for them to hold such leaders accountable.

The greatest strength of any politician is the ability to see power as not an End in itself but a means to an End. In other places, elected office holders see execution of government projects as favour done to the people.

Under the premise of such unprogressive psyche such politicians organise elaborate project commissioning ceremonies, where millions of tax payer’s money is wasted on frivolities.

Governor Sani Bello in variance with this style also opined that public office is held in trust on behalf of the people, hence, every action must be in consonance with the yearnings and aspirations of the people.

This explains why, despite executing landmark projects, he never organises commissioning jamboree. At the federal level, the history of the survival of the All Progressives Congress, APC, beyond the leadership crisis that engulfed it cannot be written without encomiums for the pivotal role played by Governor Abubakar Sani Bello.

It should be recalled that preparation for the APC National Convention was in a state of push and pull, untill, Governor Sani Bello, who also doubled as the Chairman, North Central Governors Forum, took over as the Acting Chairmanship seat of the Caretaker Committee of the Party on 3rd March, 2022, following the absence of the Chairman and Governor of Yobe State, Mai Mala Buni on medical grounds.

His subsequent actions became the catalyst that propelled the APC Convention. It should be placed on record also that, immediately he took over, he reinforced the inevitability of holding the Convention on 26th March, 2022.

His declaration came at a time of huge uncertainties for the party, and became the needed vitality for members, who committed and redoubled their efforts towards a successful Convention. Without an iota of doubt, he demonstrated courage, spirit of sacrifice, loyalty, selflessness, love and togetherness in his commitment towards delivering a successful and rancor-free APC National Convention.

Upon stepping in, he immediately adopted startegies geared towards achieving the set date for the National Convention.

Governor Sani Bello received accolades from the CECPC Chairman Mala Buni upon his return from his medical trip as he was satisfied with the level of preparations towards the Convention, thereby validating all that was done under the leadership of Governor Sani Bello.

The Governor was again given the responsibility of ensuring smooth preparations for the event, a task he diligently carried out successfully as he was at the Eagle Square, venue of the event at different dates and times to see to the progress of preparations.

He had several interactions with various sub-committees to ensure smooth running of the party.

As if that was not enough, on the day of the National Convention, Governor Sani Bello in his humble and unassuming disposition was at the venue early enough to see that things were carried out without hitches himself. He went as far as visiting delegates from various states, interacting with them to give them a sense of belonging.

The efforts can be said to be worthwhile as the desired result of a successful and the National Convention was held successfully. Cumulatively, this has heralded a new National Working Committee, NWC, of the Party. Even as the Chairman of the North Central States Governors Forum, his democratic beliefs also played out as he refused to take sides when the National Chairmanship position was zoned to the North Central Zone.

This saw many of the candidates trooping in to Minna seeking his blessings and support yet he never showed any form of discrimination against anyone despite the fact that there were two Nigerlites amongst the aspirants. This Democratic principle went a long way in allowing for a conscientious candidate when the party later decided to support the present National Chairman, Senator Abdullahi Adamu.

The APC is very much aware of the firm belief of Governor Abubakar Sani Bello in Democracy and that served as the premise for his appointment to lead the Party’s reconciliation team to Ondo State prior to the Governorship election in the state. His leadership qualities ensured that all aggrieved members of the Party were reconciled leading to the re-election of Governor Oluwarotimi Akeredolu.

He also participated in resolving crisis in some parts of the country. Governor Abubakar Sani Bello served as Deputy Chairman in the APC National Campaign Council for Osun state governorship election conducted in July this year.

Governor Abubakar Sani Bello believes that democracy as a means of government, remains the best, and has demonstrated his unwavering confidence, solid and unfaltering adherence to the ideals of democratic tenets and ideals, hence, “the Heroes of Democracy-Man of the Year Award” conferred on Governor Abubakar Sani Bello is only a pat on the back and an encouragement for him not to falter or fail in doing more.

▪︎ Mrs. Noel-Berje is the Chief Press Secretary to the Niger State Governor.