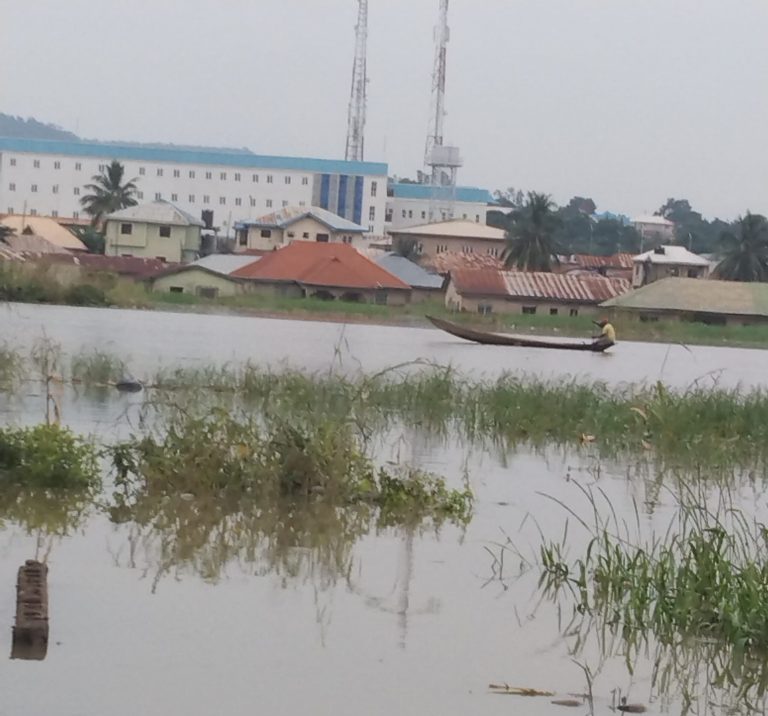 Not less than 300 lives have been lost to flood disasters across the country with Jigawa State topping the infamous chart with more than 200 lives.

Even the dead in their graves are not spared the effect of  the flooding , as panic swept through the country after Cameroonian authorities’ decision to open the floodgates of the notorious Lagdo dam, that wreaks havoc in Nigeria.

In Jigawa, the loss of lives became an almost daily affair, with infrastructure, like roads, destroyed.

About 1,500 corpses were washed away by floods from a cemetery in Niger State, reports have said.

The activities of illegal miners was said to have contributed to the washing away the graves, amid reports that rescuers have recovered and buried more than half of the corpses.

From the National Orientation Agency (NOA), an  order has gone to grassroots mobilisation officers to begin sensitisation of communities in the frontline states to relocate immediately as the operators of Lagdo Dam in Cameroon have commenced the discharge of excess water from its reservoir with a likely flooding of 14 states in Nigeria.

The Director General of the Agency, Dr. Garba Abari, according to a statement by spokesman, Mr. Paul Odenyi, said the directive followed the alert already issued by Nigeria Hydrological Agency (NIHSA) with prediction of consequential damage to many communities on the coast of River Niger and Benue. He recalled the 2012 flooding which cut off some roads in some parts of the North Central and North East regions of the country and displaced many communities.

According to him, the report from NIHSA indicate that “The Lagdo Dam operators in the Republic of Cameroun have commenced the release of excess water from the reservoir by September 13, 2022. We are aware that the released water cascades down to Nigeria through River Benue through its tributaries, thereby inundating communities that have been already impacted by heavy precipitation. The released water complicates the situation further downstream as Nigeria inland reservoirs, including Kainji, Jebba and Shiroro are expected to overflow between now and October ending”.

NIHSA has also reported that Kainji and Jebba Dams have already started spilling excess water from their reservoirs. “This will have serious consequences on frontline states and communities along the courses of Rivers Niger and Benue. These states include Adamawa, Taraba, Benue, Niger, Nasarawa, Enugu, Kebbi and Kogi. Others include the Niger Delta states of Edo, Delta, Anambra, Cross-River, Rivers and Bayelsa States,” he said.

The Director General urged the State Directors to create awareness on the need for State Governments to “identify safe high grounds for evacuation of communities at risk, preposition adequate stockpiles of food and non-food items, portable water and hygiene and provide safety and security to enable them have fair level of comfort during periods of possible displacement”.

He also asked the Community Orientation Officers to identify other partners that will help to support communities at risk with necessary information that will assist them to move to safety.

In towns like Lokoja, the Kogi State capital, the flooding has begun, gradually submerging homes as residents fear a repeat of September 2012 when many Local Government Areas suffered from flooding.

Recall that the National Emergency Management Agency (NEMA) has said 13 States would experience heavy floods in 2022.

The agency also said the country should expect Kainji, Shiroro and Jebba dams to overflow between now and the end of October.