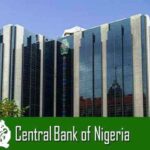 Economic experts are no longer at ease with the aggressive use of interest rate hikes by the Central Bank of Nigeria (CBN) to cushion the effect of inflation on the masses.

Already, inflation has gone mad, hitting a 17-year high at 20.52 per cent in August, throttling the exchange rate to N720/$1 at the parallel market,  heightening food shortage, and quickening the food basket index (food inflation) to 23.12 per cent, among other macroeconomic uncertainties.

According to the CBN Governor, Godwin Emefiele, the decision to raise the monetary policy rate (MPR) was to narrow the negative real interest rate gap and rein in inflation, having juxtaposed the current inflation rate of 20.52 per cent with the 14 per cent MPR.

Expressing his thoughts on this with InsideBusiness, the Chief Executive Officer (CEO), Highcap Securities Limited, David Adonri, said the interest rate hike by CBN is not surprising, considering the continued rise of inflation but unfortunately that the two previous hikes in interest rate did not reverse the rise in the inflation rate.

“Studies show that interest rate hike in tackling inflation has not been very effective in the past in Nigeria,” Adonri recalled.

He further recalled that “studies also show that mop up of excess liquidity using an open market strategy of a debt sale by CBN had produced better results.

“Perhaps MPC chose the interest rate management tool to tighten money supply because of the huge cost associated with a mop-up operation.”

He stressed that while the tightening of monetary policy to curtail inflation was inevitable, its negative impact on equities and production needed to be carefully weighed against the benefit.

Adonri also said that the programme might not also have worked if CBN is using one hand to tighten monetary policy and the other hand to reflate the economy through ways and means advances (WMA) to the federal government.

He noted that even though saturation of money was responsible for the rising inflation short-term monetary tools could deal with the situation in the interim.

“Inflation is primarily due to scarcity of agricultural produce and imported inflation due to pervasive insecurity and import dependence respectively. Long-term fiscal interventions are required to redress these challenges and restore macroeconomic balance,” the Highcap bass added.

From the onset when the CBN started to raise interest rates to curb inflation, the CEO/Principal Partner with Afrique Capital and Equity Funds Limited, Kazeem Bello, faulted the apex bank’s use of interest rate hikes to fight inflation.

According to Kazeem, who is a global development economist, the CBN had only succeeded in using a “copy and paste” approach from other climes to address the country’s skyrocketing inflation, tagging it nothing but a “policy somersault”.

He said, “The consequences of the continuous hike in interest rates in Nigeria is worsening unemployment rate, increasing the price level and prices of goods, killing the industries, worsening the Naira value and killing the economic growth.

“This was what I stated or predicted clearly that will result from the CBN hike in interest rates. It is a policy somersault that is totally unfit for the Nigerian economic situation that is almost in comatose.”

Kazeem argued that interest rate hike to tame inflation could only work when there is a high employment rate, the currency is waxing or it’s extremely strong, production capacities are highly sustained and robust, there are huge supplies of goods in the market, and strong demand by the consumers, and so on.

“But all these factors are non-existent in Nigeria, and in fact, these are already being mentioned as issues that are plaguing the economy from functioning appropriately.

“It was therefore totally wrong to adopt an increase in interest rates that will exacerbate or aggravate the problems already inherent in the economy,” he explained.

▪︎ Report by Inside Business