Atiku replies Makinde: Ayu can be removed only after constitutional amendment 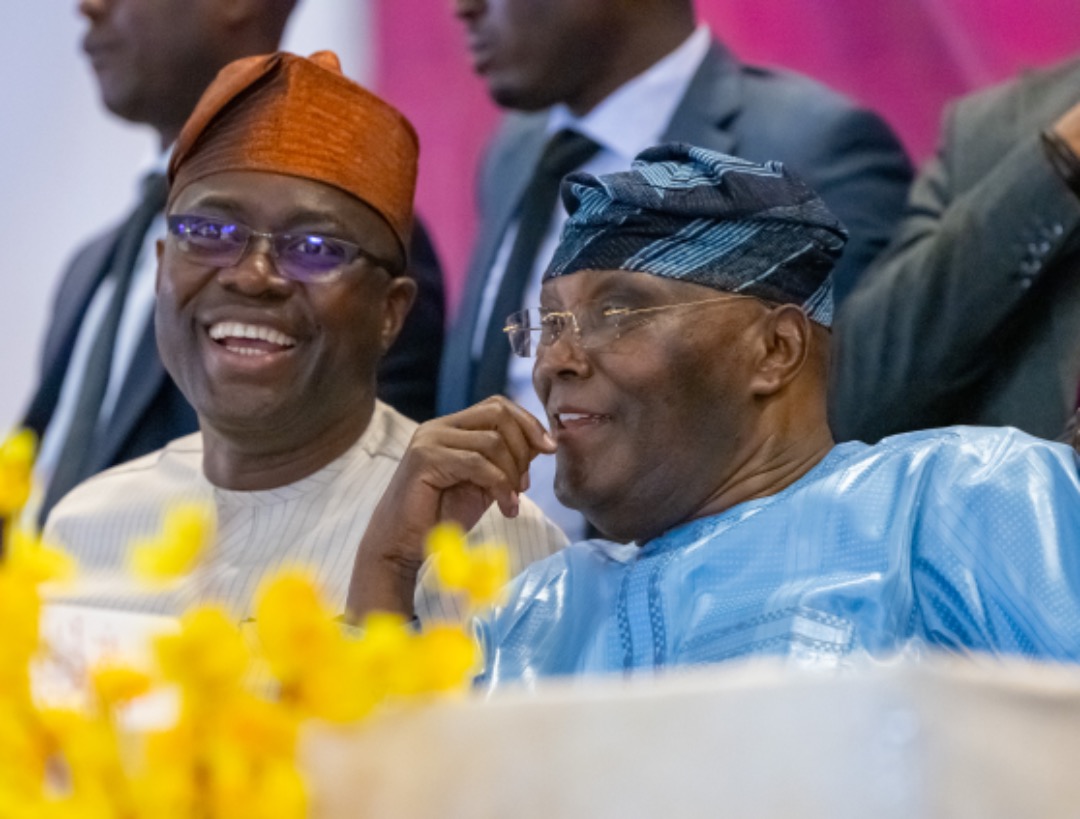 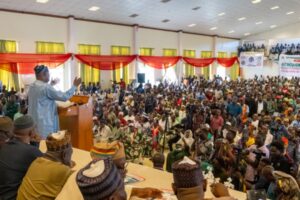 Presidential candidate of the Peoples Democratic Party (PDP) and former Vice President of Nigeria, Atiku Abubakar, has expressed his view on the call for the resignation of Dr. Iyorchia Ayu as the national chairman of the PDP.

Atiku, who led other leaders of the party to Ibadan on Wednesday on an interactive session with stakeholders of the party in the South-West said that the call for the recomposition of the National Working Committee was not impossible, but only when the constitution of the party has been amended to accommodate such demand.

According to him, “the Peoples Democratic Party is the oldest political party in Nigeria since the return of democracy and even before then. It is a party that has laid down rules and regulations.

In his response to the call by some governors of the party calling for the ouster of Ayu as national chairman, which was also reaffirmed by the chief host of the event and governor of Oyo State, Engineer Seyi Makinde, Atiku said, “there is nothing any individual can do to change the outlook of the National Working Committee of the PDP.”

He remarked further that, “the PDP is a party where there are laid down rules and regulations. What Governor Makinde is asking for is possible only when we have amended our party’s constitution. As things stand today no single individual has the power to tamper with the NWC of the party. Doing so will be illegal and it will be against our rules in the party.

“I have no problem about anywhere any party member comes from but it must be done in accordance with the party’s constitution or regulations and practices.

“This constitution must guide whatever changes we make, so that is why we cannot do anything outside that constitution unless it is amended.

“We do not say people should not have different views but all views must go through the party’s constitution, rules regulations and our practices”.

According to Makinde earlier, “Nigerians will not trust us to govern by the tenets of rule of law if we take such arbitrary action against our own party.

“The truth is that we do not have any issue either with our party or our candidate. If there are challenges they must be tabled.

“We are supposed to give hope to our people, we want them to listen to us.

Our party wants to rescue Nigeria and our candidate is a unifier. He wants to restructure Nigeria

“Eight years of the All Progressives Congress have left us sharply divided. The issue is we must practice what we preach. If we want to unify Nigeria, we must unify the PDP first.

“If we want to restructure Nigeria, we must have the willingness to bring inclusivity to the PDP. Do we have the capacity? The answer is resounding yes.

“We are asking the National Chairman to step down so that the South will be fully included. That is the message.”

Energy transition: Why Nigeria should benefit more from its gas reserves, by Osinbajo