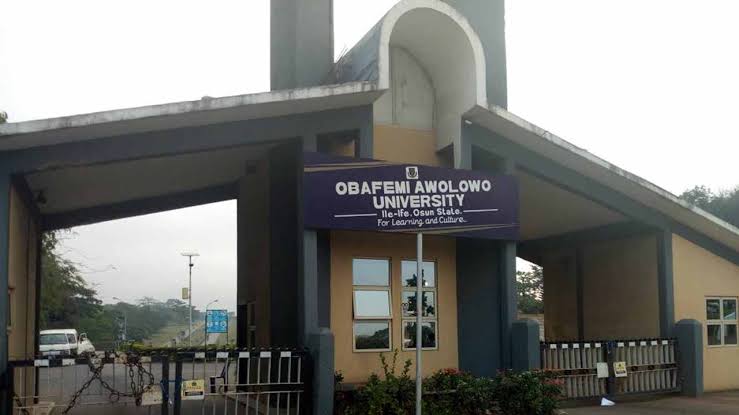 Students of public universities may have to prepare their minds to stay longer at home and get otherwise engaged because the signals from the Federal Government and the Academic Staff Union of Universities on their six-month face-off suggests that both parties are inflexible.

President Muhammadu Buhari has flatly refused to pay for the six months the teachers dropped the chalk, and it appears the lecturers, going by history, might not budge in this core area.

Also, the students have been dragged into the unwholesome fray with a suggestion by the Minister of Education, who advised them to sue their lecturers for compensation for time wasted. The students’ body accepted, but said they would join government in the suit, thanking the minister for his “clever-by-half” suggestion.

The Federal Government and the Academic Staff Union of Universities (ASUU on Thursday both shed light on why their Tuesday meeting to end the over six-month strike ended in a deadlock.

While the government claimed that ASUU’s insistence on the payment of the backlog of its members’ salaries was prolonging the strike, the union blamed the deadlock on the “provocative indifference” of the government.

Minister of Education Adamu Adamu, who spoke for the government at the weekly Ministerial Briefing organised by the Presidential Communication Team in Abuja, said President Muhammadu Buhari “flatly rejected” the payment of the salary backlog.

“All contentious issues between the government and ASUU had been settled, except the quest for members’ salaries for the period of the strike to be paid, a demand that President Buhari has flatly rejected,” Adamu said.

The minister advised ASUU to see the no-work, no-salary stance of the government as its members’ compensation to students for the period they had stayed at home.

Although the minister stressed that the government was doing “everything humanly possible to end the strike”, he said students were free to “take ASUU to court” to claim damages.

The National Association of Nigerian Students (NANS) welcomed the advice of the minister, saying he and the government would be joined in the suit.

He said the five unions, except ASUU, would call off their strikes within a week.

The minister also spoke on the payment platforms for university workers and the government’s efforts in the past 10 years to revamp the education sector.

He said the government had in the past 10 years spent N2.5 trillion on university education and over N6 trillion of capital and recurrent projects through TEFFUND and UBEC on the entire education sector in seven years.

Adamu said: “The stand the government has taken now is not to pay the months in which no work was done. I think there should be a penalty for some behaviour like this.

“I believe teachers will think twice before they join a strike. The government is not acting arbitrarily. There is a law which says if there is no work, there will be no pay.

“Unions in tertiary institutions in the country, especially ASUU, have been engaged in recurring and avoidable strikes that have crippled the university system.

“This is despite the huge investments of over N2.5 trillion in tertiary institutions in the last 10 years from TETFUND alone.

“Many Nigerians may not know that the government is paying the salaries of every staff in its tertiary institutions, academic and non-academic staff, while these institutions are also in full control of their Internally Generated Revenues (IGR).

“The government of President Muhammadu Buhari has expended a total of N6,003,947,848,237 in capital and recurrent expenditure in the education sector in the last seven years.

“This is in addition to interventions from TETFUND and UBEC amounting to N2.5trillion and N553,134,967,498 respectively in capital investment.

“We must also note and appreciate the huge investments from states and the private sector at all levels of our educational system.

“We will continue to improve on the implementation of the Ministerial Strategic Plan (MSP) all through to 2023 for the overall development of the education sector and the Nigerian nation.

“We will continue to create the necessary enabling environment to attract more and more private sector investment. We shall hand over a better education sector than we met it.

“Just recently, we inaugurated a committee to renegotiate the 2009 agreement with ASUU and related unions in tertiary institutions. We are doing everything humanly possible to conclude the negotiations.

“We hope that the outcome of the renegotiations will bring lasting industrial peace to our campuses.

“In the mean time, I am sure that the current efforts would yield the desired results and return our children to school.”

On payment platforms, he said: “The University Peculiar Personnel and Payroll System (U3PS) and the University Transparency Accountability Solution (UTAS) outscored the Integrated Personnel Payroll and Information System (IPPIS) during the integrity tests conducted by NITDA (National Information Technology Development Agency), affirming that ASUU ‘s peculiarities will be accommodated in whatever platform that may be adopted.”

Adamu debunked reports that UTAS had been approved by the government as the payment platform for university teachers and that President Buhari gave him a two-week deadline to end the ASUU strike.

He also stated that Nigeria currently has 215 universities, including 50 private ones.

In a statement by its President, Sunday Asefon, NANS said it welcomes Adamu’s call on it to sue ASUU.

But it accused the minister of being clever by half.

Asefon said: “Our attention has been drawn to a statement credited to the Minister of Education Malam Adamu Adamu where he suggested that Nigerian students affected by the ASUU strike must sue ASUU for liabilities suffered as a result of the strike.

“Perhaps the only thing Malam Adamu Adamu has gotten right since he became a minister is the fact that Nigerian students needed to be compensated for their wasted time, opportunities, and resources.

“However, the minister is clever by half by suggesting ASUU should be held liable for the liabilities.

“Since Nigerian students do not think like the minister, since we can separate what is right from wrong, we will yield the advice of the minister by exploring legal windows for compensation of our students for numerous liabilities suffered as a result of the incessant and prolonged ASUU strike.

“We have, therefore, decided to take the advice of the minister and seek legal redress for the liabilities suffered.

“We will, therefore, consult with our legal advisers to see what options are available for us to explore legally against the Federal Government and Minister of Education.”

The association, however, called on ASUU to place the interest of the students above other.

▪︎ Report adapted from The Nation

With veiled reference to electricity workers strike, Atiku says, “how I will lead Nigeria out of darkness”