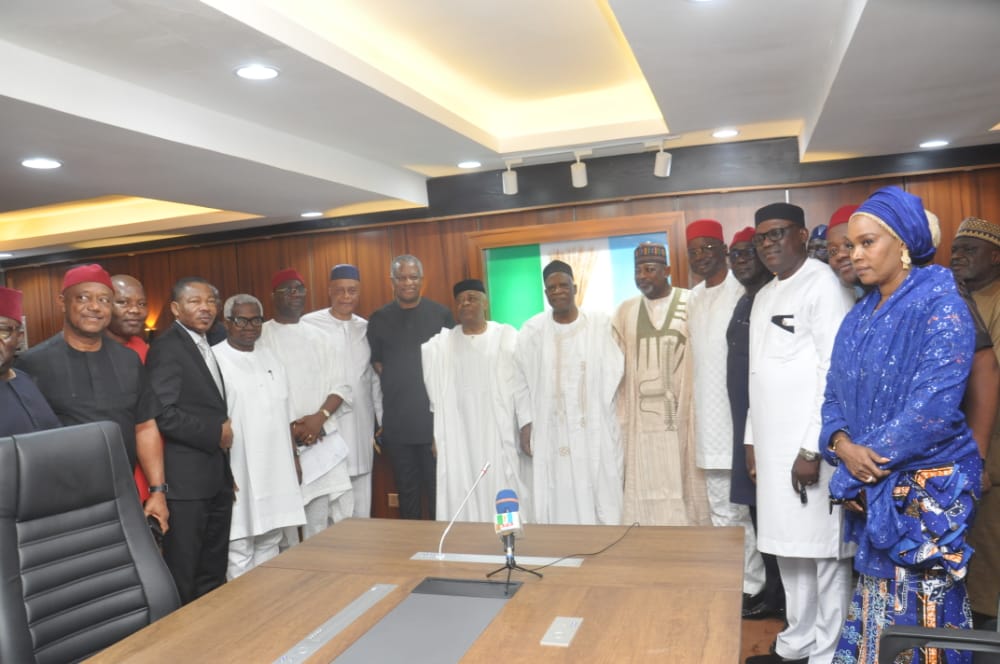 The National Chairman of the All Progressives Congress (APC), Sen. Abdullahi Adamu on Tuesday at the Party’s National Secretariat in Abuja, received a delegation of Party leaders in Enugu State seeking remedial action on the state of affairs in the party in Enugu State.

The Enugu APC delegation led by a former Senate President, Sen. Ken Nnamani which submitted a petition, requested that the Sen. Adamu-led National Working Committee wade into the contestations in the State chapter ahead of the 2023 general elections.

The former Senate President, Sen. Ken Nnamani said the delegation was submitting the petition as elders of the Party in the state to notify the Party’s National Chairman and NWC on developments in the party in Enugu State, which required urgent intervention.

The APC National Chairman, Sen. Abdullahi Adamu promised that the NWC will study the petition and invite relevant party stakeholders in the state to chart a way forward. He assured that contestations will be resolved and the party better position in Enugu State ahead of the general elections.

He said, “I assure you that because of the respect I and the National Working Committee have for you, we are going to take a look at the petition. We will invite those necessary among the leadership of our party in the state so that we see the best way forward. In the course of trying to solve existing problems, we should avoid creating new problems. That is very important. The election is by the corner, we don’t want to open the pandora’s box to the extent that we have more problems and then cannot address the problems before the elections. Whatever we do, we are going to do with utmost care.”

In 18 years, Brazilian couple turned a desert into a forest of beautiful ecosystem