Lawyer accuses AGF of plotting with US to extradite citizen, disregarding appeal proceedings 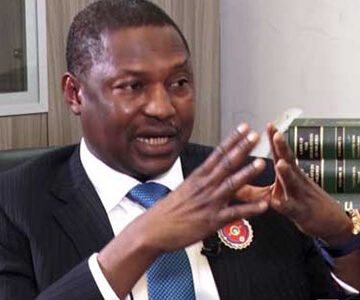 An Abuja based legal practitioner, Mr Kayode Ajulo, has accused the Attorney General of the Federation (AGF) and Minister of Justice, Malam Abubakar Malami, SAN of plotting to extradite a Nigerian citizen, Adesina Lasisi, to the United States of America, while the extradition request is pending at the Court of Appeal, Abuja.

A Federal High Court sitting in Abuja had on May 26, granted request by the AGF for the extradition of Lasisi to the USA to face corruption allegations.

The court while delivering judgment in the Suit No. FHC/ABJ/CS/126/2022, committed Lasisi to the custody of the Economic and Financial Crimes Commission (EFCC) for extradition to America as a fugitive and further ordered to await the order of the Attorney General for his surrender to the United States of America.

The defendant according to lawyer, Ajulo, appealed the judgment of the trial court and applied for stay of execution of the decision of the lower court.

In a statement released to journalists in Abuja on Thursday,  Ajulo however, accused the AGF of unprofessional and unethical conduct by allegedly colluding with the US authorities to extradite the Nigerian citizen when the Court of Appeal has taken over the matter.

“It has come to my attention that the Attorney General of the Federation in collusion with the United States Government has continued with the extradition process of a Nigerian Citizen to the United States notwithstanding his pending appeal at the Court of Appeal, Abuja”, Ajulo stated.

He claimed that both the Notice of Appeal and the Application for Stay of Execution were duly served on the AGF, adding that Record of Appeal has been compiled and transmitted, and the Appeal was entered on July 1, 2022 with Appeal No. CA/ABJ/CV/711/2022.

He said, “As lead counsel to the Appellant, I therefore find it highly unprofessional, unethical and in fact, unlawful that the Attorney General, the Chief Law Officer, would take steps towards the execution of the said judgment of the trial Court, which is already a subject of an appeal.

“The law is elementary beyond citing of authorities that parties to a suit are not permitted to take any steps capable of foisting a state of helplessness on either party or the court during the pendency of an action in court and even after.

“When a suit is pending before a court, neither party is permitted to dispose of the subject matter of the suit in order not to overreach the other party. This is in accord with common sense and fair play.

“The action of the Attorney General is therefore, akin to self-help and taking the law into one’s hand in a matter over which the Court of Appeal is already seized.

“This has been condemned in several decisions by Supreme Court. It has no place in a civilized society and the Apex Court has held, on plethora of cases, that it would not lend its judicial credence to such reprehensible act.

He urged the AGF to use the instrumentality of his office to ensure that the hallowed temple of justice is not desecrated by ensuring that the appellant is allowed to exercise his constitutionally guaranteed right of appeal, and the pending appeal at the Court of Appeal is allowed to run its course before setting in motion the machinery for execution of the judgment of the trial court, should the need arise.

Up NEPA!!! As human rights group calls for trial of electricity workers for terrorism